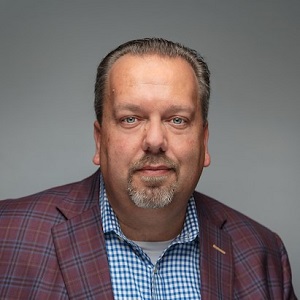 How does Wilmington’s housing market compare to similar markets across the country in terms of demand and pricing?

BILLY ELMORE: The activity, as far as showings, dropped a little bit when the interest rates popped up just a bit at the end of 2018. What is unique with us is that we have so many cash buyers – people moving here from other locations – that interest rates don’t really impact us too much.

Over the last six months, we’ve seen an increase in the number of second-home buyers. We still have a lot of retirees who are buying here as permanent residents, but a lot of those second-home buyers are planning on moving here permanently in a few years, as well.

PJ KELLY: Wilmington is such a destination area, and people really want to be here. We’re seeing the timeframe for people planning to relocate here shrink from three to five years to one to two years. A lot of the customers I deal with that are retiring can sell their house in New Jersey, then come down here and buy one of our houses with cash and still put some money in the bank and have a good life.

And in the last couple of years, we’ve seen more people willing to buy a spec home rather than go through the building process. So, one of the things I did was to drastically increase the number of our specs. That proved to help, especially when people weren’t moving to the area as planned after the hurricane. I still had houses I could discount and move if I needed to.

TOM CANADY: I think what we are seeing now is all those Baby Boomers who kind of got busted, financially speaking, in 2006 and 2008 and it pushed back their retirement just a bit. They pushed their five-year goals back because of the stock market and other issues and decided to wait to retire until they were sure they had the money they needed and home they wanted to last them the rest of their lives. So now, they’re ready and able to retire and buy a home here.

This continual cycle of new workers we have here is a big problem, though, and can add to overall costs. And that is not likely to change; it seems like there is a lot of turnover within the trades.

JASON AKINS: I feel like Wilmington is insulated from some of the housing industry issues. I get calls weekly, if not biweekly, from people wanting to build down here, and they can get it cheaper here. I have clients paying cash for their house, and they’re only in their upper 50s This area is just a destination for so many people. People want to be here.

CRESS BELL: We get a big draw from the northeast, with the taxes being what they are up there and the climate being what it is there. And, overall, the cost of living here is less. But we might as well be a suburb of Atlanta in terms of our cost structure.

I started my career in North Carolina, then went out to California and came back here. I expected 20- to 30-percent reductions in brick and mortar costs but it is about on par.

There is a perception coming from metropolitan areas like New York and New Jersey that everything is cheaper here. There is a little bit of an education for them on cost here. It’s a frequent conversation for us. It’s our job to convey that land and taxes. This is a desired place to live with a labor shortage and a high demand, so our costs are always going to be inflated compared to Raleigh or Charlotte.

When I came back to North Carolina in 2011, I decided to bring a little bit of a West Coast design aesthetic, and we got immediate attraction from that empty-nester retiree who wanted a bolder and more creative house.

I thought that was interesting because, at the time, I was holding my breath not knowing how it would be received. I think some of these new trends, like the modern farmhouses, really aren’t designated to a certain age. People just want something different that they’re proud of and will love to show off.

That has been fun for me as a builder. I’ve put in a lot of time into design and trying to do things differently, and the market has reacted really well to that.

For a quarter century, Majestic has offered a wide selection of products for homebuilders, from counter tops, shower enclosures, shelving, door hardware and accessories for kitchens and bathrooms, in North and South Carolina. Acquisitions just within the last year of many well-established companies – including Builders Glass & Hardware Inc. in Wilmington and similar businesses in Greensboro and Charlotte  – allow Majestic to be the most professional trade partner. Visit www.gomajestic.com or call (910) 762-2252 for more information.