How Can You Protect Your Brand Name When You Can’t Protect the Words?

A trademark is any device that is used by a person or business to identify and distinguish their goods from the goods offered by other people or businesses.  The most commonly registered trademarks are words and phrases.

However, sometimes words and phrases are not sufficiently distinctive enough to function as trademarks. For instance, generic terms for certain products or services cannot function as trademarks.  One could not register “LAW FIRM” for a law firm, as that term needs to be free for others in the field to use to identify what service they provide.

In addition, words that merely describe a quality, characteristic or ingredient of the product they identify generally do not function as trademarks. For example, the term “APPLE” was denied registration for apple-scented potpourri. In addition, marks that primarily refer to a location are denied registration as trademarks. The terms “BANKS CHANNEL” and “CAPE FEAR” are examples of terms that specifically identify certain locations in Southeastern North Carolina. There are a number of categories of words and phrases that are not considered distinctive enough to serve as trademarks.

However, trademark owners can protect other aspects of otherwise unprotectable words or phrases. For example, the phrase “Construct-A-Closet” was registered in a class for “components used to construct personal storage systems” in the following format:

A court decided that the words described the applicant’s goods and thus could not be registered, but that the tube-like shape of the two letter “Cs” created a commercial impression separate from the words themselves and could be registered.

Other examples of word marks that were registered even though the words themselves were not registrable are: 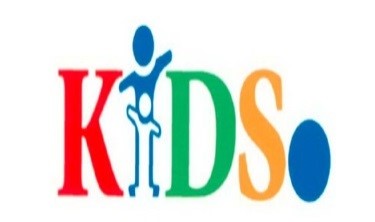 The first mark has a color scheme and the outlines of two children making up the letter “I” that create a separate commercial impression from the word “KIDS.”

Similarly, the second mark creates the impression of a phrase – “ASK ALASKA” – out of the single word, “ALASKA.”

And the positioning and capitalization of the letters “J” and “H” in the third mark stand apart from the words “JACKSON HOLE.”  All these trademarks contain protectable design elements separate from the words themselves.

As a result, all is not lost if your trademark consists only of words that cannot be protected or registered.  Depending on how the wording in a trademark appears, there may still be some protection given to trademarks that are otherwise unprotectable. Knowledgeable trademark applicants can find interesting ways to protect a trademark.

Russell is a native of Wilmington, N.C. and has been practicing law in Eastern N.C. since 2004. Prior to that, he worked in Chapel Hill and Durham as a research technician on teams exploring RNA-based gene therapies, viral fusion inhibitors, and the role Galactocerebroside plays in protein localization near nodes of Ranvier. After passing the patent bar in 2003 and becoming a registered patent agent, Russell received his law degree from Georgetown in 2004. He began his legal career representing clients in personal injury matters but later left personal injury to provide patent prosecution services to law firms in China and Taiwan prior to joining The Humphries Law Firm in 2014. Russell helps individuals and businesses protect their innovations, creations and business information using strategies based in patent, trademark, copyright and trade secret law. His work includes both strategic planning and dispute resolution. He assists clients who want to buy and sell businesses, and license or transfer their intellectual property assets. Russell also assists with the firm’s litigation practice, particularly in insurance and employment disputes.

Other Posts from Russell Nugent

How Can I Sue Someone After the Statute of Limitations has Run in NC?

Why Should I Bother Getting a Patent?

When is a Trademark License a Franchise Agreement?

Can I Protect the Appearance of My Product or Packaging?

How Do I Protect My New Clothing Design?

‘A Person Shall Be Entitled to a Patent Unless…’

What Will the Courts Really Protect Under Trade Secret Law?

The Battle Over Biotech Inventions