Women Who Rocked The World With Window Treatments

This year marks the fourth anniversary of WILMA’s Women to Watch Awards, honoring women leaders in the Greater Wilmington area. The awards are a great reminder that our community is full of extraordinary women – which is why we’ve decided to take the spirit of this local ceremony and apply it to what we know best. Here are a few famous females who rocked the world with window treatments: 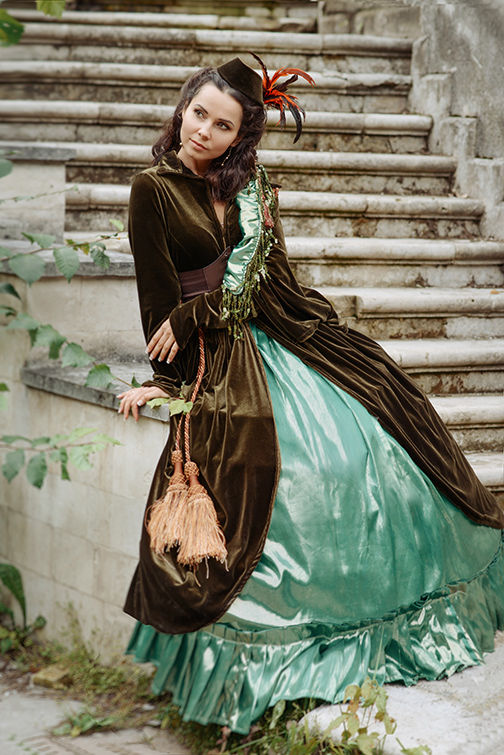 Why, it’s Miss Scarlet herself! Vivien Leigh scored a major Hollywood victory when she landed the part of Scarlet O’Hara in Gone with the Wind. It’s often considered the breakout performance that prompted people to associate Ms. Leigh with leading lady roles. Another thing Vivien Leigh will forever be associated with? The film’s famous Curtain Dress. In the course of the plot, the outfit symbolized Scarlet’s will to survive the changing world of the South; in terms of movie history, the dress set a precedent for historical costumes and continues to be revered today.

It’s clear that the Curtain Dress of Gone with the Wind had a big cultural influence. The most entertaining example of this is a sketch performed during a 1978 episode of The Carol Burnett Show. In the parody, Carol Burnett portrays Starlet O’Hara, who also dons a dress made from curtains – and an actual curtain rod. The scene featuring this infamous Curtain Dress was even named the second-funniest moment in television by TV Guide. The original dress, a Bob Mackie creation, is currently on display at The Smithsonian. It was also reproduced, in a much smaller size, for a Carol Burnett celebrity Barbie in 2009.

What’s a governess to do when the seven rowdy children in her charge need play clothes? The answer, as anyone who’s seen The Sound of Music knows, is to tear down the bedroom curtains and sew seven matching outfits. Julie Andrews has a truly impressive resume of roles, but for many she’ll always be the sunny governess who turned curtains into clothes and children into a perfectly pitched singing troupe.

With the last name of Swarovski, it’s fair to say that Nadja has had a dazzling career. She serves as creative director and vice president of International Communications for the company founded by her great-great-grandfather. 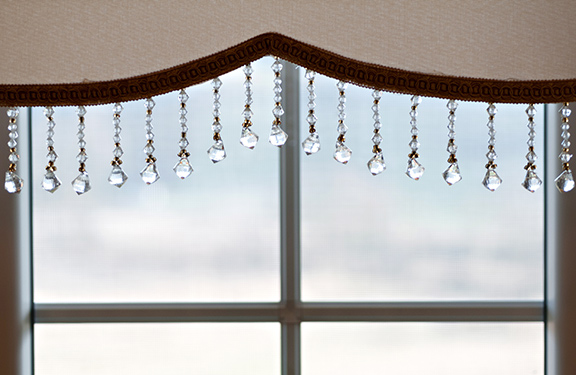 She’s also the company’s first female member of the executive board. It was during her reign that Swarovski collaborated with acclaimed architect and set designer David Rockwell to create the Swarovski Crystal Curtain, which was made using more than 100,000 Swarovski crystals. The curtain made its debut at the 81st annual Academy Awards.

Of course, you don’t have to “bring the curtain down” to be regarded as an innovator or leader in your field or at home. But, by borrowing the panache and creativity of these leading ladies, you too can make an impact, and change the way you see the world. Let Strickland’s Blinds, Shades & Shutters help you get started; visit our website or our showroom today.

With more than 30 years of experience in the industry, Fred Kumpel is the owner of Strickland’s. Strickland’s Blinds, Shades & Shutters is a window treatment design center that has specialized in custom window treatments for nearly 75 years. Strickland’s Closets & Home Organization provides professionally designed organization solutions such as Murphy beds and custom-built systems for closets, pantries, garages, basements and laundry rooms. To learn more, visit www.StricklandsBlinds.com and StricklandsClosets.com. Fred can be reached at [email protected] or by calling 910.762.0944.

Other Posts from Fred Kumpel

A Healthy Pantry In Three Steps

Save 55 Minutes A Day This Holiday Season

Five Lessons We Learned From Our Move

Four Ways Being Organized Can Improve Your Health

Dwelling Versus Home: A New Location For Strickland’s

Great Books For Getting Organized

10 Reasons To Own A Murphy Bed

The Home Of The Future Is Here At Last

Window Blinds Through The Ages

Get Ready For Spring By Sprucing Up Your Outdoor Space

The Art of Window Treatments

Feng Shui For Your Window Treatments

Peeking In The Windows Of Wilmington’s Historic Homes

The Five Scariest Window Covering Mistakes You Can Make

Before You Decorate Your Child’s Nursery, Read This.

5 Hot Fashion Buzzwords You Should Know

I Know What I Want On My Windows...