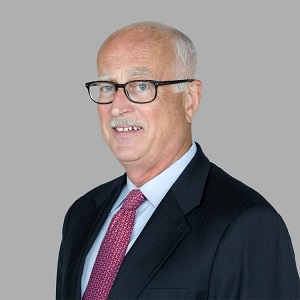 Elderly people facing abuse can seek a protective order to end the abuse. Though many people commonly use the term, “restraining order,” in North Carolina the order is technically called a Domestic Violence Protective Order or Civil No-Contact Order.

While protective orders have traditionally been used to prevent domestic or familial violence, these same orders can protect elderly people from abuse, too. For example, a Domestic Violence Protective Order would protect an elderly person from abusive family members who have made verbal or physical threats against him or her in an attempt to obtain money.

Under North Carolina’s Chapter 50B laws, a protective order may be granted if there is a finding of domestic violence. “Domestic violence” includes: (1) attempting or causing bodily injury; (2) creating fear of imminent serious bodily injury; (3) continued harassment that rises to a level sufficient to inflict substantial emotional distress; or (4) sexual offenses.

There are two types of DVPOs in North Carolina: (1) an ex parte (temporary protective order); and (2) a DVPO, lasting one year or longer.

A temporary protective order can be issued immediately and without the accused present. It lasts 10 days and serves as protection until there is a hearing for the longer-term DVPO.

To get a one-year DVPO, both parties are required to appear at a hearing. At hearing, the plaintiff/victim must prove his or her case with evidence and witnesses, and the defendant/accused has the opportunity to offer evidence to defend against the allegations. At the end of the hearing, a judge will decide whether to issue a permanent DVPO, lasting one year, or to dismiss the complaint.

Once granted, a DVPO can require that the abuser move out of the elderly person’s home or pay for other housing for the elderly person. These orders can prevent abusers from engaging in certain actions, such as threatening the victim, coming within a certain distance of the victim or purchasing a firearm.

If an elderly person does not have a personal relationship with the abuser, such as an acquaintance, neighbor, co-worker, or stranger, the elderly person can file for a Civil No-Contact Order, or “50C order.”

Under North Carolina’s Chapter 50C laws, a protective order can be issued if a person is being stalked or harassed. These Civil No-Contact Orders can be temporary (to provide immediate relief) or permanent (lasting one year).

Stalking is generally when someone repeatedly follows or harasses another person with the intent to place that person in reasonable fear for their safety or their immediate family's safety or to cause emotional distress.

Once granted, these 50C orders can require the abuser to avoid contact with the victim and stay away from places where the victim will be.

The process for obtaining a restraining order: North Carolina laws allow for a one-year period under a protective order, which may be renewed for an additional year. Violation of a protective order is penalized as a misdemeanor.

An attorney is not required to seek a protective order. However, having an experienced elder law attorney can make the process much easier and will protect the elderly person’s legal rights.

Andrew Olsen is an attorney in the CSH Law Elder Law Practice Group in Wilmington, NC, where he practices in the areas of elder law, estate planning probate, guardianship, alternative dispute resolution, estate and trust litigation, special needs planning and veteran’s benefits. To contact Olsen, call (910) 777-5733 or email him at [email protected].

Other Posts from Andrew Olsen

Trusts As A Tool In Long-term Care Planning

When To Challenge A Will Based On Undue Influence

When Should Seniors Delay Applying for Medicare?

Skilled Nursing Care Coverage Is Based On Need, Not Potential For Improvement

A Checklist For Caregivers Of The Elderly

The Most Important Document For Estate Planning