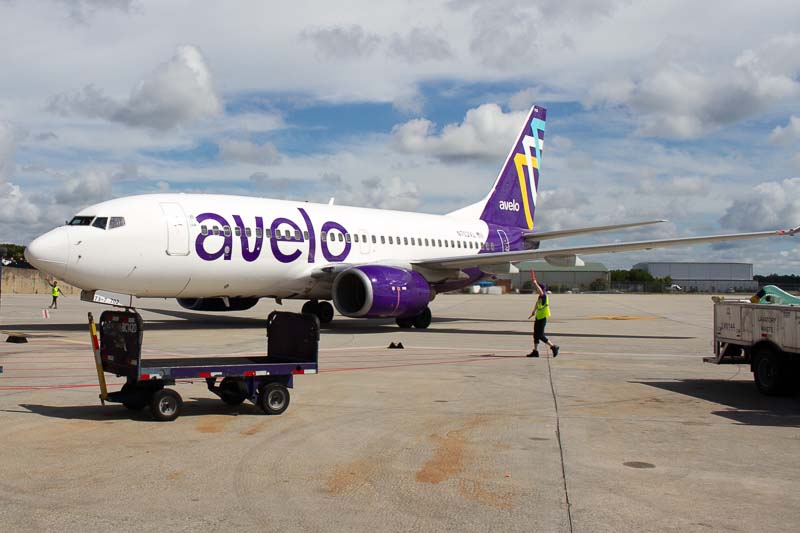 The Boeing 737-700 arriving from New Haven, Connecticut, was greeted by a ceremonial water salute as it made its way to its ILM gate. Large enough to seat 147 passengers, the plane was filled with 139, Avelo officials said Thursday.

After the 80-minute flight, deboarding passengers were greeted by Avelo-branded fanfare, including an elaborate cake, cookies and other swag, plus visitor pamphlets provided by the Wilmington and Beaches Convention and Visitors Bureau.

“For an inaugural flight, it’s great. This is just the inbound passengers, so nobody’s going back yet. So you wouldn't necessarily expect the first flight to be full,” said ILM executive director Jeff Bourk, explaining that the nearly full arriving flight was a good sign.

The plane left ILM to return to Avelo’s base in New Haven at 12:20 p.m. About 120 passengers boarded the outbound plane, according to Bourk. Trips to Orlando, Florida and a seasonal Baltimore route kick off Friday. 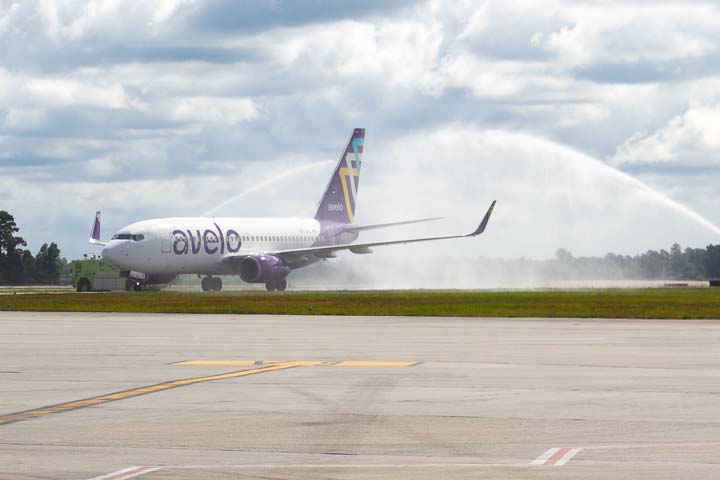 Booking for Avelo’s thrice-weekly three new routes began April 28, the day ILM announced the arrival of its long-sought, first-ever low-cost carrier. Avelo spokesperson Courtney Goff said the airline typically has about a 90-day promotional period to alert the market of a new route but had just 60 days to increase awareness about the ILM routes.

“New Haven is crushing it,” Goff said, adding that purchases for the Orlando route have been steady. Baltimore is a little flat for the fall, but Goff said she anticipates bookings will pick back up soon. After flights to Baltimore end for the season on Nov. 7, Avelo plans to announce a new seasonal destination to cover the off-season; where to is still undetermined, Goff said.

The entrance of Avelo into ILM’s long-held landscape of three legacy carriers (Delta, American and United) will likely cause a shake-up, Goff said. Avelo’s lower fares will prompt the other carriers to alter their approach to stay competitive in the shifting marketplace, she said.

“When an ultra-low-cost carrier comes in and we’re offering $50 tickets, your Americans and Uniteds that have been able to get by charging $700 roundtrip, they’re like, ‘OK, we need to figure out how we can still maintain.’” 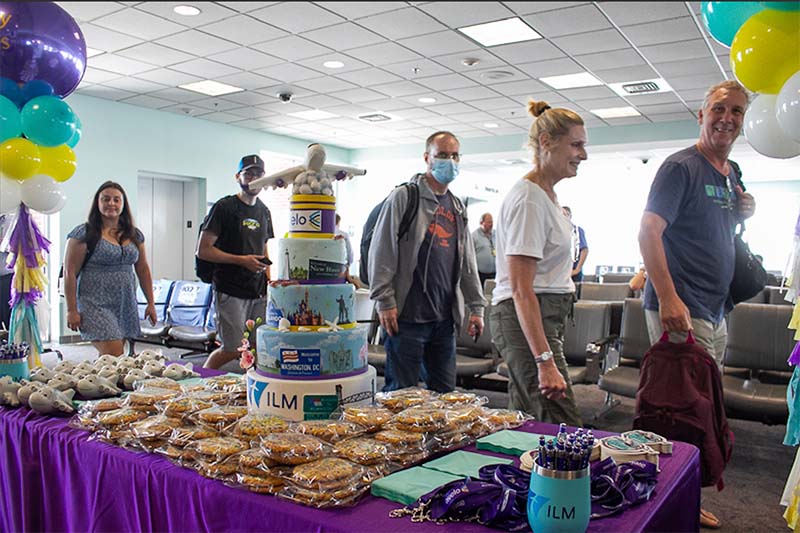 American Airlines recently increased the number of seats it was offering at ILM. This shift partially contributed to ILM’s all-time monthly departure record for May of nearly 52,360 seats set last month. Now with Avelo’s numbers in the mix, Bourk anticipates the new ceiling will continue to rise.

“I think we’re going to have record months through the rest of the year,” Bourk said.

Soaring outbound traffic at ILM is bucking industry trends in the state and nation, which are still generally lagging below pre-pandemic levels, ILM officials said earlier this week.

Avelo spokesperson Travis Christ harkened to similarities between the Wilmington and New Haven markets while hinting at the possibility of adding new flights to ILM. In New Haven, Avelo’s load factor was over 90% in April due to an overwhelming reception, Christ said. The carrier began with six routes there in November, then added another four, and then another four, he said.

“Could Wilmington be the next New Haven for Avelo?” he asked. “Like New Haven, Wilmington has only had service from legacy high-fare airlines. Like New Haven, you’re getting Avelo at a time where we have new airplanes coming and we’re looking for new places to fly them.”

With about 500 crew members, the new carrier began service last spring and now has three bases in Burbank, California, New Haven and Orlando. A fleet of 10 planes will grow to 15 or more by next year, Christ said.

“Bringing a new airline to town is hard work," Christ said, while complimenting the work of ILM officials. "Everybody expects these airlines to just show up. But it takes a really deep understanding and relationship with the airlines. It takes a lot of time and money, and there’s a lot of voodoo in there that people don’t really know what goes on in order to make these things happen.”