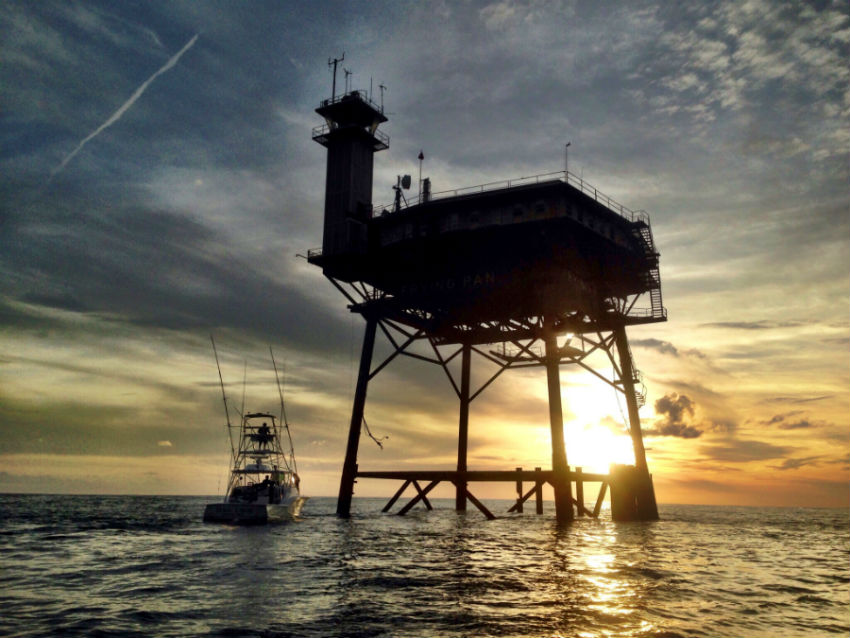 But the auction process that he started May 3 led current owner Richard Neal, who bought the tower in 2010 for $85,000, to a decision.

"My understanding from the people that have contacted me for the auction is that individually they have really, really good ideas," the Charlotte resident said Tuesday. "The bottom line is that I think for the sake of the tower's continued maintenance, it will take a group of individuals with that as their purpose."

As a result, Neal said he plans to go with a limited fractional ownership model that will come with bylaws.

Explaining his decision further, Neal wrote on Facebook that "restoration in the ocean is difficult to explain if you've not been there & done that. Also, the b&b business, which I started to help augment the restoration efforts, is erroneously perceived as a real money-maker with folks understandably asking for revenue numbers. In reality, I ran the b&b to help cover the funds needed to continue purchasing supplies, do repairs, and so I could share my love for the tower with those who wanted to come see it for themselves! If you've been there with me, you'll know what I mean."

He said all but one of the auction deposits have been returned, with about 20 potential fractional owners involved at this point.

"They, by committing with their $5,000 deposits, showed that they are sincere about participating so they will get 1st choice at purchasing the tower through very limited fractional ownership shares," Neal wrote on Facebook.

He said during the auction process, he turned down several offers because their purposes, which included the potential for the tower to be turned into "a legal [in international waters], but not wholly wholesome" use, did not seem to be in line with what he wants to see in the tower's future. The light station was built in the 1960s, and Neal turned it into a bed and breakfast establishment in 2012.

Also during Neal's recent auction, a foreign country offered him seven figures. A separate, six-figure offer could have resulted in the new owner gutting the tower and creating a private mansion.

"No one would ever get to see it again. It would be somebody's private island  . . . And yes I'm paying a financial price for that," Neal said. "But I still think it's worth it."