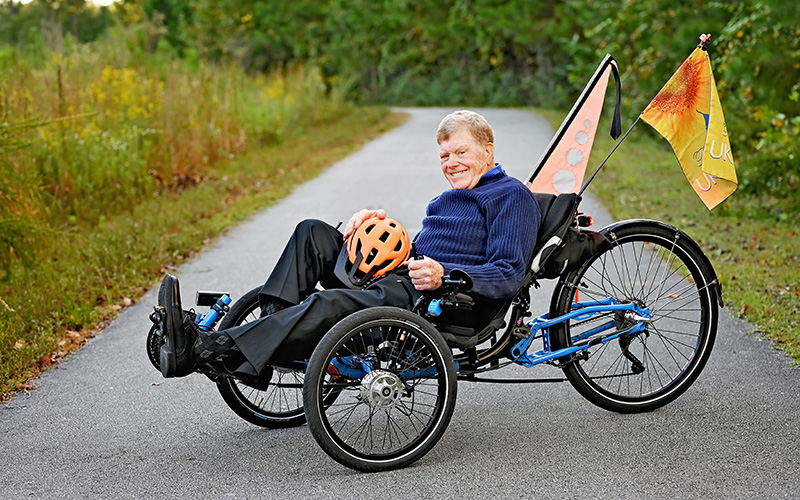 Raised in Iowa’s Missouri Valley, Tamisiea grew up in wide-open spaces that bred optimism. A love of helping others ran in the family. His father, a general practitioner who established a local hospital, and his mother, a nurse, served as positive role models.

In 1956, Tamisiea entered Creighton University, a Jesuit-affiliated school just a short drive down the road to Omaha, where he earned his bachelor’s and doctor of medicine degrees. Entering the U.S. Navy in 1965, he served as a general medical officer before returning to civilian life, completing his residencies and earning a fellowship in cardiology at UNC School of Medicine.

Going into practice with two colleagues in 1972, Tamisiea joined Wilmington Health Associates. There, as a general cardiologist, he began fine-tuning his approach to working with patients.

“When I was a medical student and intern back in the early ’60s, one of the things that was pointed out for a patient who might have had a heart attack [was] that they would be placed at bed rest for a full month, and the idea was that if they became too active, they may actually burst the myocardial muscle as a result of the activity. So just this bed rest would prevent that and allow enough healing to occur,” Tamisiea said in a recent interview.

“Within days following their heart attacks, he would have the patients walking in the halls, walking up and down steps, even taking up bicycling. He himself was a very active bicyclist,” Tamisiea said.

After introducing a modest version of White’s exercise regimen at a YMCA, Tamisiea had the opportunity to scale up his therapy program as medical director of cardiac rehabilitation at then county-owned New Hanover Regional Medical Center.

Under his leadership, active cardiac rehabilitation began immediately following any heart attack, heart surgery or stent procedure, with registered nurses and exercise physiologists working with patients one-on-one to instill healthy-heart habits and reduce the risk of future complications. That approach, which requires a referral from the patient’s physician, is still in place at NHRMC.

In 2017, Tamisiea and his colleagues took things a step further when they introduced a second, more intensive program.

The Ornish Lifestyle Medicine program, named after physician and researcher Dean Ornish, is based on research showing that “the progression of coronary artery disease and other chronic conditions can be treated and reversed through lifestyle changes.”

Patients referred to the Ornish method participate in an intensive nine-week program. They arrive at the clinic two days per week and complete four session-hours during each visit, for 72 session-hours. In contrast, traditional cardiac rehab provides participants with 36 weeks to complete up to 36 sessions.

The group’s support team consists of a medical director, program director and nurse case manager as well as experts in stress management, behavioral health, fitness and nutrition.
“And when they exercise, they’re given a much more vigorous program because it’s felt like they can undergo that without difficulty,” Tamisiea said.

Novant Health NHRMC is the only facility in North Carolina that currently offers the program, according to Ornish’s web-based site selector.

Both the traditional rehab program and the Ornish program take place at Novant Health’s Heart & Vascular Institute at 1415 Physicians Drive in Wilmington.

For most of his own life, Tamisiea, now 84, has been the embodiment of an active lifestyle.
An avid cyclist, he finished the Assault on Mt. Mitchell, a 102.7-mile self-paced ride that ascends nearly 11,000 feet to the highest point in the Appalachians. He has also completed several local triathlons and won a silver and two bronze medals at the National Senior Games.

“I just felt good about getting out and exercising, and it felt like I set an example for my patients that the exercise was good for them,” he said.

Both at home and overseas, Tamisiea has also exemplified a spirit of selflessness that he learned from his parents and from the “promotion of justice” that has served as one of the tenets of his alma mater, Creighton University.

As he was leaving Honduras one month later, Tamisiea was asked by La Buda whether he could find an inexpensive method of removing tattoos from mostly young men who wanted to renounce gang membership. “No one would hire them, and having a tattoo prohibited their entrance into school,” La Buda recalled.

Additional clinics were established in Honduras, Guatemala, El Salvador, Nicaragua and Panama, and about 40,000 individuals have gone tattoo-free, setting the stage for a fresh start in life, Tamisiea said.

Back home in Wilmington, Tamisiea is also pleased with the service that Novant Health NHRMC’s cardiac rehabilitation unit performs.

“We have now, probably, the largest program in the state, with over 3,000 patients [visits] monthly actively coming in,” he said.

“Richard is one of the kindest, most fun-loving and generous persons I have ever met. He is a dedicated physician, using his talents to extend healing to others,” said William Schmidt, a one-time public health consultant who has known Tamisiea for almost 50 years and who helped him remove tattoos in Honduras.

“He is a good example,” Schmidt said, “of how life should be lived.”

Read more about all of the 2022 Health Care Heroes finalists here. 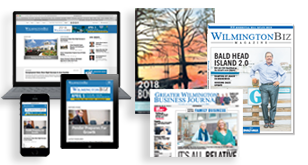