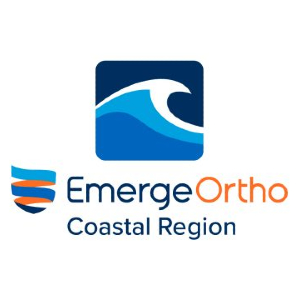 EmergeOrtho Wilmington is now EmergeOrtho Coastal Region, a name change that aims to better reflect the community the medical provider serves, according to a press release.

“It recognizes that our care extends well beyond the city of Wilmington and New Hanover County, and into Brunswick, Onslow and Pender counties,” said Shawn Hocker, president of EmergeOrtho Coastal Region, in the release.

“We’ve been serving these areas for years, and we will continue to expand our locations and services in response to the region’s needs. EmergeOrtho Coastal Region accurately describes who we are and where we serve,” he added.

The name change for the independent, physician-owned practice in North Carolina is now evident in its physical and online presence, including its website and social media.

EmergeOrtho, a provider of orthopedic and spine care, is present in five regions in the state including EmergeOrtho Blue Ridge Region, Foothills Region, Triad Region and Triangle Region.

This name change will not affect patient care in any way, Regional Executive Director Zachary Welch said in the release.

“Patients will continue to have access to the same high-quality, patient-centered orthopedic care and services offered by our current providers at all of our regional EmergeOrtho locations,” he said.

Welch was recently appointed to his role with the practice where the regional team is made up of more than 120 medical providers and more than 480 employees.

EmergeOrtho Coastal Region has 32 physicians, 31 advance practice providers and 37 physical therapists, according to the release.