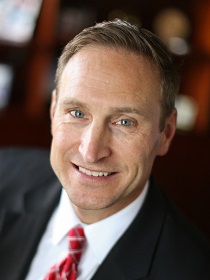 The recent sale of New Hanover Regional Medical Center has ushered in another change.

Gizdic previously was president and CEO of NHRMC.

In his Novant role, Gizdic will oversee the development of Novant Health’s Eastern market and the corporate areas of integration, business development and sales, corporate health and public safety.

He will remain responsible for the coastal region, including NHRMC.

“We are excited to have John join Novant Health in this new role,” said Carl Armato, president and CEO of Novant Health, in the release. “John has done a tremendous job developing high-quality and affordable health care in southeastern North Carolina. We look forward to bringing his vast expertise in health care operations and management from the Eastern market to our efforts across the state.”

The nearly $2 billion sale of NHRMC to Novant closed Feb. 1, setting Novant up to significantly expand its presence in Southeastern North Carolina.

Gizdic said, “I look forward to continuing to work with the New Hanover Regional Medical Center team and our expanded Novant Health family to find new ways to serve and improve the health of our region."

At NHRMC, Gizdic has led several key initiatives, including the creation of the physician network that became the NHRMC Physician Group.

Gizdic joined NHRMC in 2005 as vice president of strategic planning and business development, assumed the title of chief operating officer in 2013 and became president and CEO in 2016 and 2017, respectively, according to the release.

Prior to joining NHRMC, Gizdic was with Carolinas HealthCare System.

Gizdic is a member of the American College of Healthcare Executives and currently serves as chair of the NCHA Board of Trustees.