The First Responder category honors a first responder whose performance is considered exemplary by patients, peers and other health care providers. 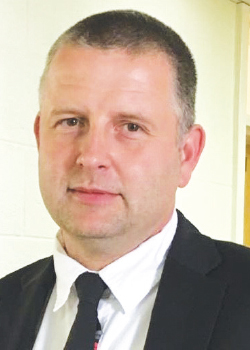 TITLE: Fire Marshal & Assistant Emergency Management Director
ORGANIZATION: Pender County
WHAT THE NOMINATOR SAID:
“Tommy is a multi-tasker. One of his titles is Fire Marshal. He conducts inspections and works closely with our building inspections department. He keeps me notified, as the PIO, of the status of a forest fire or lets me know he is about to release a CodeRed announcement.

“He is also a nationally respected instructor in fire science. In the EOC, during Hurricane Florence, he was directing helicopters and points of distribution, just to name a few duties. He still manages to respond to fires and horrendous traffic accidents.

“He is just everywhere - always on task, always on call. He’s behind the scenes and he deserves recognition. And with all of his duties, he still finds time to stop and make you laugh.”

- Tammy Proctor
MORE INFORMATION:
Tommy Batson has been a firefighter, either volunteer, part-time or full-time, since 1997, when he was 16 years old. He is one of nine regional trainers for EMS and fire records management firm Emergency Reporting, which has led him to teach classes across the U.S. He has been working for Pender County full-time for 11 years. His supportive family includes his wife, Sunnie, and two children. 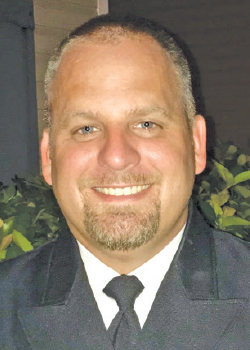 TITLE: Battalion Chief
ORGANIZATION: Pender EMS & Fire
WHAT THE NOMINATOR SAID:
“David is an extremely focused person always putting his full effort into whatever task or mission he is facing. More important, he is an accomplished EMS professional and teacher while remaining balanced with his family and spiritual life. While he has enjoyed many accolades from respected medical professionals throughout our region, personal observations shows that David epitomizes ‘service before self.’ David strives to make [Pender EMS & Fire] a world-class organization and has developed the program, expanding it to include field training officers for every shift, adopting a central online training facilitation program and conducting orientation as well as classroom training programs.

“The program has been instrumental in training paramedics that are known as among the best in the business. Under his leadership, Pender EMS & Fire has been appointed as an Advanced Education Institution from the NC Office of EMS.

“David continues to teach at Cape Fear Community College, where he has been described as ‘an enthusiastic, dedicated and motivating EMS educational instructor who engages students in every aspect of the class.’” 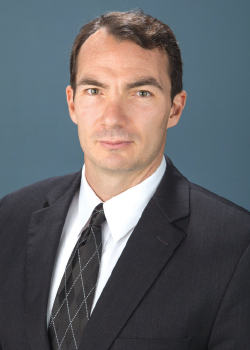 During Hurricane Florence last year, he emerged as a notable figure in the county’s efforts to prepare and cope with the disaster.

“Steven has overseen numerous mitigation and construction projects, has extensive experience as an incident commander in emergencies and planned events, and has persevered numerous disaster declarations,” according to the website. “Currently, Steven sits on numerous state and local boards, teams and task forces.”

He holds a bachelor’s degree in public administration and a master’s degree from UNCW.

The website also states that Still “enjoys traveling, surfing, hunting, wood working and spending time with his wife and children.”