The Community Outreach category honors an individual or team who communicated to the community about a health issue, including treatments and best practices, health threats and other education initiatives. 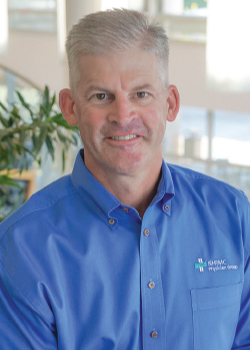 TITLE: MD/Chief Physician Executive
ORGANIZATION: NHRMC
WHAT THE NOMINATOR SAID:
“In addition to his many duties as Chief Executive Physician at NHRMC, Dr. Philip Brown (and Christy Brown, his amazing wife) have made it a mission to tackle a public health problem in our beautiful coastal community. That problem is unintentional drowning. According to the CDC, drowning is the second leading cause of unintentional death in children under the age of 14. Drownings in swimming pools occur at rates 5.5 times higher in African American children than in Caucasian children.

“Additionally, a USA Swimming Foundation study found that 79% of children in homes with incomes less than $50,000 have little to no swimming ability.

“This summer, Dr. Brown facilitated a partnership between the Blue Ribbon Commission (BRC), Northside Bridge Builders and NSEA Swim, a newly formed Wilmington-based swim team. Through the partnership NSEA Swim has committed to providing free swim lessons and water safety to children in the Northside community of Wilmington. Lessons are offered at the Earl Jackson Pool every Saturday morning … and the goals of the program include providing water safety skills to prevent unintentional drowning, exposing children to swim lessons and promoting diversity. ” 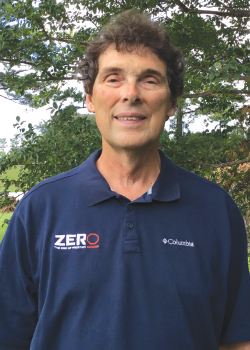 TITLE: ZERO Champion
ORGANIZATION: ZERO - The End of Prostate Cancer
WHAT THE NOMINATOR SAID:
“Lyle almost single-handedly organized a major fundraising run right here in Wilmington, raising over $20,000 to support prostate cancer research. What makes this feat so incredible is that Lyle spent the last year organizing, gathering sponsors and promoting the race while continuing his own treatment for metastatic prostate cancer.

“He has pushed through the fatigue of ongoing chemo and the aggravation of being on blood thinners to participate in other local races either as a runner or manning a table with his wife to promote the ‘Run for a Life’ race.

“He has appeared in local papers and was interviewed on WECT promoting prostate cancer screening and the race.

“Lyle is humble and unassuming but working with him on this race project has revealed a true courage and dedication at his core. Lyle is a health care hero.” 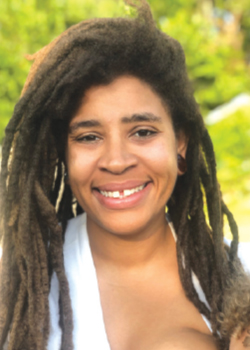 TITLE: Breastfeeding Peer Counselor
ORGANIZATION: Chocolate Milk of Wilmington
WHAT THE NOMINATOR SAID:
“Olivia Rice is a mother, wife and breastfeeding advocate. After giving birth to her first daughter, Talulah, Olivia encountered what seemed like endless issues with breastfeeding. She sought help from breastfeeding supporters in Wilmington’s lactation network and was soon able to successfully breastfeed Talulah.

“After six months of breastfeeding, Olivia wanted to see what she could do to help other parents who encountered issues similar to hers. She was able to take a five-day peer counselors course, which paved the way to all of the groups and organizations that she is part of today. After becoming a La Leche [League] leader, Olivia gave birth to her second daughter, Zelda. . . . She joined the local breastfeeding coalition, went to whatever meetings were being held, read whatever she could and eventually was asked, along with a friend and work partner, to organize Black Breastfeeding Week in Wilmington. After a successful event, they were encouraged to do more, organizing Chocolate Milk of Wilmington, and soon after, Olivia was voted in as chair of the Port City Breastfeeding Project. She was recently employed by the North Carolina Breastfeeding Coalition as a peer counselor at a local clinic.”