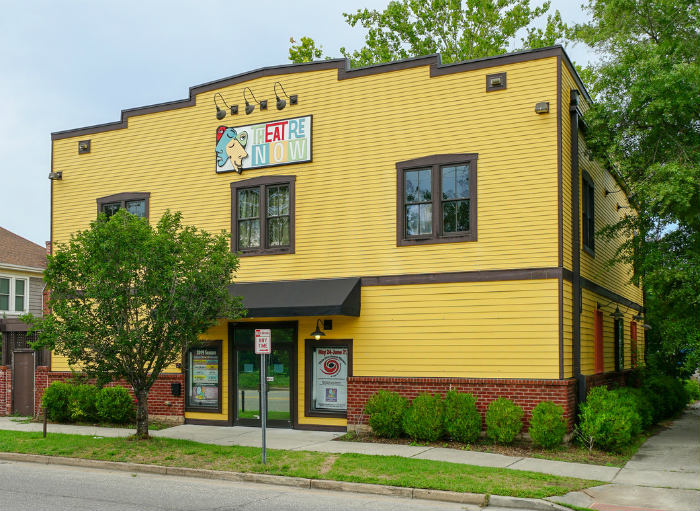 The buyers of the former TheatreNOW building on South 10th Street in downtown Wilmington are planning a related experience to the one TheatreNow offered. (Photo courtesy of MoMentum Companies)
A restaurant group was expected to close Friday on the purchase of a downtown Wilmington building that formerly held a dinner theater.

The Lemurian Institute Inc., which plans to retain the theatrical spirit of the building, was in the process of buying the former TheatreNOW property at 19 S. 10th St., a commercial real estate broker said Friday.

The purchase price was expected to be $1.25 million.

The Lemurian Institute relocated from Los Angeles to Wilmington and plans to offer something similar to TheatreNOW to the area's diners and theatergoers.

"It will be another theatrical experience," said A. Brian Wheatley, president of The Lemurian Institute. "It will be a dinner theater-type event. It’s going to be much more comedy- and adventure-oriented."

He said more details will be announced later. In the meantime, the group will be at work on the property.

"We are working with a former imagineer from Disney," Wheatley said. "We’re doing a full redecoration of the space."

Opening its doors in 2012, TheatreNOW was Wilmington’s only dinner theater, a news release stated.

"The general public, as well as the local theatre community, welcomed it with open arms," stated the release from Terry Espy of MoMentum Companies.  "Over the years TheatreNOW hosted numerous productions, from humorous plays by Celia Rivenbark to live music performances and trivia nights. Owner and founder, Alisa Harris, whose roots were in film and theater, created a wonderful venue that filled a niche that was lacking in Wilmington."

With the slowdown in the film industry in North Carolina, Harris found her film work pulling her more and more frequently to the Atlanta market, the release stated.

"She felt that she was unable to spend the time needed to continue to promote and grow TheatreNOW. When she approached Terry Espy, with MoMentum Companies, to consider selling the venue, she expressed her desire to see the property sold to an entity that would continue along the same genre," the release stated.

Harris said Friday, "It’s the best case scenario for me and my responsibilities right now."

Billy Sutton, broker with Intracoastal Realty, represented the buyer in the transaction, the release stated.