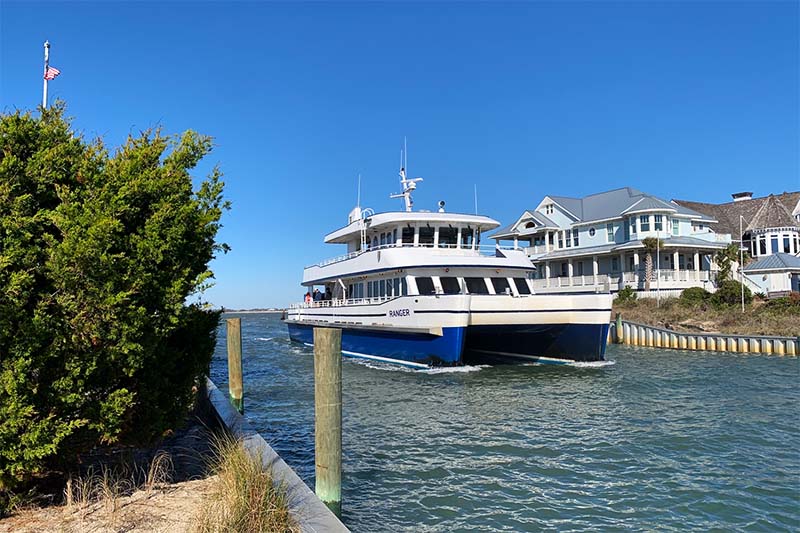 Before the ruling, only the company’s ferry and tram services were governed by the N.C. Utilities Commission. The commission has capped Bald Head Island Ltd.’s rate of return at 8.3% and must approve rate increases and rule changes that impact customer fees.

In May, SharpVue and Bald Head Island Ltd. announced the parties had signed an asset purchase agreement, with the firm agreeing to acquire the ferry system for $67.7 million.

The village filed its complaint with the commission seeking state oversight of the unregulated components the month prior, citing concerns that a piecemeal acquisition could result in rising fees should future owners choose to maximize profits.

In its Dec. 30 order, the commission ruled both the barge and parking operations were integral to ferry operations as an ancillary service. “Public sentiment from Island stakeholders strongly emphasizes the importance of a unified transportation system,” the order stated.

Both services are operating as “de facto monopolies,” the commission ruled, with no viable alternatives.

Bald Head Island Ltd.’s parking assets comprise about 2,300 spaces and about 40 acres in Southport adjoining Deep Point Terminal. “Ferry ridership is dependent upon, and would noticeably decline but for the operation of” the parking facilities, the order stated.

In a 2010 rate case, the commission had previously established a “significant amount of revenues are imputed” to the ferry operations from the parking business.

The village’s position was backed by the Bald Head Island Club and the Bald Head Association. In a Dec. 31 letter to residents, village mayor Peter Quinn said there is unlikely to be an immediate change to parking and barge operations as a result of the order.

“Seeking to ensure the continuity of the Island’s transportation system has been an important component of the Island’s long-range planning, and we are hopeful that this order will help facilitate this goal as we move forward,” Quinn wrote in his letter.

In the separate case before the commission, the state must approve SharpVue’s proposed acquisition of the system. A hearing in that transfer proceeding was previously scheduled for Jan. 17, but on Dec. 21, the commission ruled it would continue the hearing while the parties awaited a decision on the village's complaint.