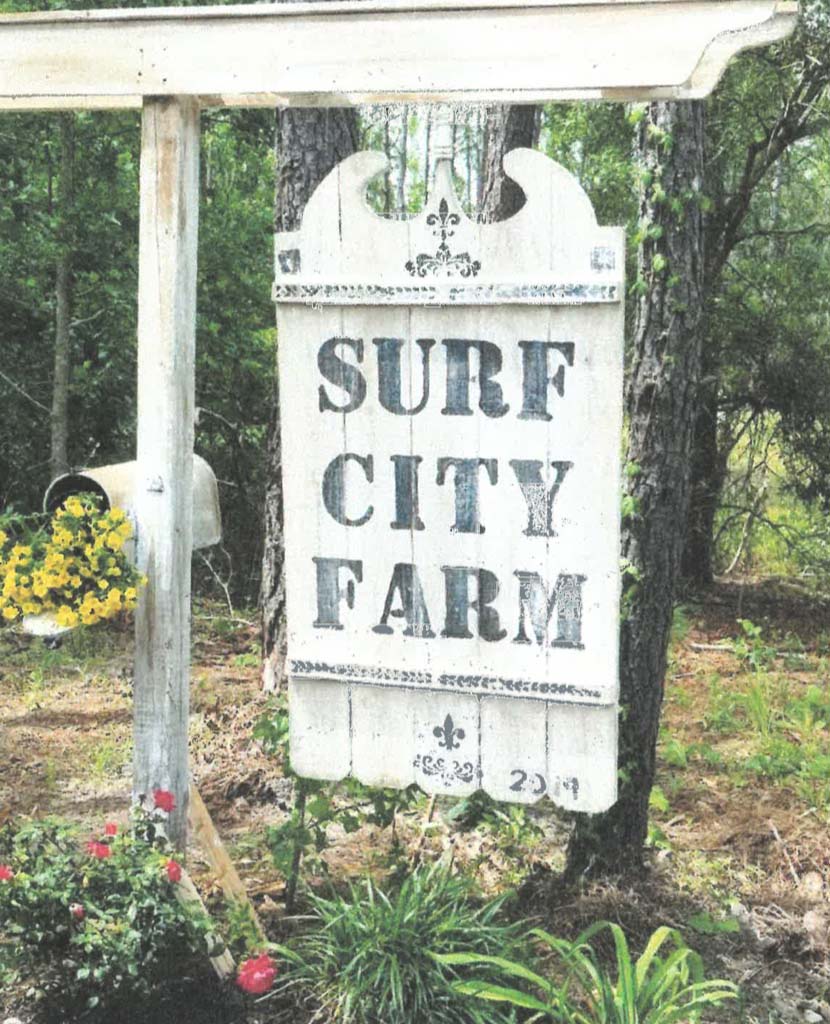 The Pender County Board of Adjustment on Wednesday unanimously denied the appeal of Surf City Farm, which was seeking to reverse a county decision that reined in its bona fide farm status. As a result, the business can’t, at its Hampstead site, resell produce grown elsewhere.

The county intervention arose because of the new business’s choice to outsource a portion of produce it sold – specifically via Sysco delivery trucks – in an otherwise residential area. Surf City Farm was using a 1,600-square-foot building at 101 Northern Escape Way to sell its own crops and other locally grown produce, it asserted, much like a farmers market or roadside stand.

Delivery trucks to the 10-acre property just outside Surf City town limits drew the ire of neighbors, who complained about the commercial operation in a residential area.

However, the farm can still retain its bona fide status and engage in other permitted farming activities. Surf City Farm officials wrote in a Facebook post following the hearing it still intends to operate within state statutes.

In North Carolina, bona fide farms are exempt from county zoning rules. They also have access to certain sales and property tax exemptions.

Since one of the permissible uses for bona fide farms includes agritourism, modern interpretations of the definition and use of the land-use exemption have, in some cases, resulted in legal disputes and conflicts with neighbors.

“The scope of the farming exemption from zoning is sometimes contentious,” professor David Owens wrote in an April UNC School of Government blog post. “In some instances this has involved a proposed land use that has more intense or different land use impacts than is the case with traditional farming, raising concerns in the rural neighborhood about traffic, noise, and similar land use concerns. In other instances the surrounding farm community has expressed concern about activity that is ‘not really farming’ using the exemption to avoid regulation and disrupt farm areas.

“These concerns are often pitted against the interests of the landowner — sometimes a farmer and sometimes not – seeking a more profitable use of the land,” Owens wrote.

State statute specifically permits weddings, hunting, equestrian activities and other similar uses that rely on the farm’s rural setting under its definition of agritourism. But other interpretations of the trade have pushed boundaries. In 2018, the N.C. Court of Appeals ruled a shooting range did not constitute agritourism.

Pender County issued Surf City Farm a bona fide farm determination in 2019 after it received a conditional farmer exemption from the N.C. Department of Revenue.

The county later received complaints about the farm, and after inquiring about its practices, issued a zoning determination letter in March, prompting the farm to close to avoid daily fines.

Sheri Donahue, co-owner of Surf City Farm, told the board of adjustment at the quasi-judicial hearing Wednesday that its delivery company, Fresh Point, is owned by Sysco and simply acts as a middle man between her and other local farmers. She can specifically select North Carolina-grown produce through the company’s online portal and have it delivered within a day for just $5, she told the board, saving her hours of traveling between farms.

Utilizing produce from other farms was a way to supplement the crops her operation was producing, which include tomatoes, cucumbers, squash, zucchini, peppers, strawberries and more. The business also advertises weddings and events and had plans to install three hydroponic greenhouses.

Donahue told the board her farm was listed on the county’s tourism website, VisitPender.com, under the “agritourism” category that lists other farms (the farm's listing in the category has since been deleted). The county’s tourism arm also posted an article from Topsail Magazine that included a photo of the inside of the farm’s barn, she said. “Pender County is using every opportunity for my agritourism to advertise,” she said.

At the hearing, several neighbors spoke out against the business. “This is a retail, commercial market that has been established under the guise of a bona fide farm,” Linda Davenport said.

Davenport said the delivery trucks were the main source of tension. “This farm has stripped every property owner in Marcil Village of their basic fundamental right of homeownership, and that is the right to quiet enjoyment of your property," she told the board.