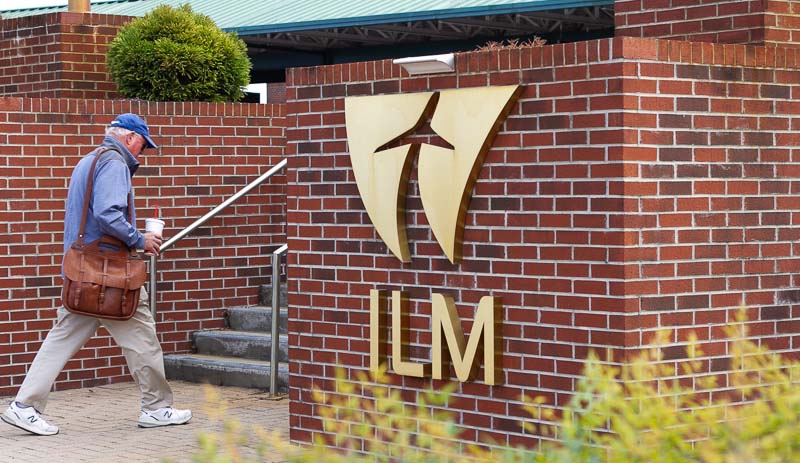 The New Hanover County Board of Commissioners passed a unanimous resolution Monday, affirming its endorsement of the military’s use of Wilmington International Airport (ILM) as a refueling point for training exercises.

A formal sign of support was requested by the New Hanover County Airport Authority on the heels of an Oct. 25 meeting held between airport and military officials and state Rep. Deb Butler (D-New Hanover), which stirred controversy among local officials who weren’t in attendance.

Last July, fixed-base airport operator Modern Aviation secured a lucrative “hot refueling” contract amendment with the Department of Defense. The agreement allows military aircraft to refuel while the engines run and has led to increased activity at ILM, to the ire of many residents who have reported a barrage of unanticipated auditory interruptions. In October, Modern Aviation won a renewal of the contract, worth about $8.5 million covering a three-and-a-half-year span.

This year, military activity at ILM generated nearly $500,000 in fuel flowage fees. Beyond the fuel fees, military personnel annually book up to 1,500 hotel rooms, use 200 rental cars and dine at local restaurants in concert with the use of ILM, according to the county resolution. In all, the refueling and training exercises contribute an estimated $14 million to the local economy, the resolution stated.

As of Monday morning, the military (it’s unclear which branches, but the U.S. Marine Corps stations in Cherry Point and Beaufort frequent ILM) and the Federal Aviation Administration had drafted a letter of agreement to implement a series of changes to its landing practices to reduce disturbances to Wilmington residents. An FAA spokesperson could not immediately provide a copy of the draft agreement.

Airport authority chair Donna Girardot outlined the basic prongs of the agreement before commissioners Monday. Per the agreement, the military will immediately:

Girardot told commissioners that for every complaint the airport authority had received, it had seen twice or three times as many messages in support of the military operations.

She twice cited from Butler’s Oct. 27 email, which copied all relevant local, airport and military officials, condemning the representative’s rhetoric as unhelpful. In both excerpts, Butler had insinuated federal or state laws may have been broken. “This might be normal lawyer speak,” Girardot told commissioners (Butler is a real estate attorney). “But it is not in the lexicon of public airports, small private businesses, the military or the FAA. We take statements like this seriously.”

Butler's spokesperson said the representative was not immediately available to respond to the passage of the resolution.

Girardot explained the resolution was necessary because the military’s first reaction to Butler’s statements was to “immediately shut down all military operations at ILM.” Airport authority board member Jason Thompson has served as a point person with the military on the matter, according to an agenda review discussion, and was able to ensure the flights continued without interruption.

“Continued acrimony serves no purpose but to disrupt our ability to find a solution and to ban our military from utilizing our airport to carry out their mission,” Girardot said.

Butler’s email, which described instances of economic and residential disruption due to the heightened activity, whereby film sets were interrupted, also triggered a sharp response from two commissioners. Commissioner Bill Rivenbark told the representative to “do your job and quit worrying about jets”; Chairwoman Julia Olson-Boseman told Butler she helped declare ILM persona non grata, according to emails obtained by Port City Daily.

At the county’s agenda review meeting Nov. 10, Commissioner Jonathan Barfield, a veteran, described the recent experience of a military jet flying overhead as “deafening.” He questioned whether passing a resolution at the request of the military and airport authority supporting their efforts was necessary, considering the area’s already strong public support for military. “I’m not about stroking folks’ ego,” he said.

Monday, Barfield said he wished the airport authority board had handled the issue on its own, prior to bringing it before commissioners. Girardot later clarified the airport authority had first discussed the matter in April and that it does not have any contract with the military, leaving its only path to address the issue behind the scenes with all relevant parties.

Wilmington Chamber of Commerce President and CEO Natalie English urged commissioners to pass the resolution and support a strong local business. “If we begin to be seen as a community not friendly to business, then we’ll have a challenge going forward with growing jobs and increasing our economic capacity in the community,” she said.

Modern Aviation invested $1.4 million to upgrade its operations in order to accommodate the military operations, according to the county resolution.