Are Real Estate Development Proposals Slowing Down? Not Exactly 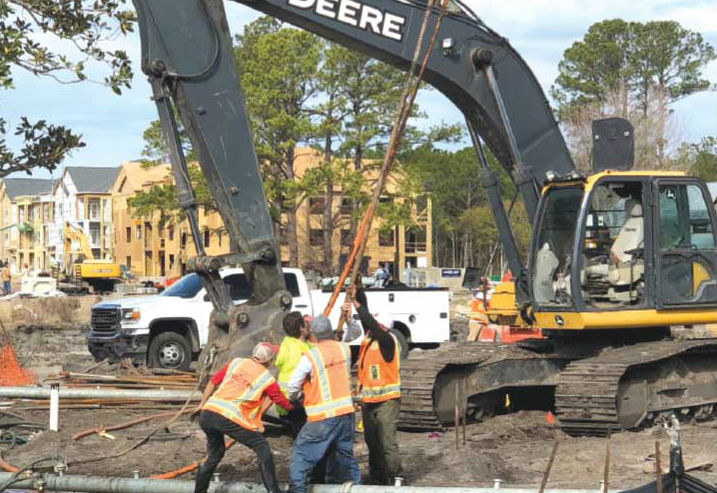 It might seem like development planning has slowed down so far this year in the city of Wilmington if you go by the city’s project tracking website.

For example, at least 28 projects had been started in the tracking system in January and February of last year, while this year, only one project was on the list as of Friday morning.

“I would say that there’s been a leveling off but no slowdown, and I’ll explain why: we changed our development review process under the TRC [the city’s Technical Review Committee] in January . . . in an effort to expedite reviews and make reviews more efficient with fewer feedback loops, fewer resubmittals,” said Glenn Harbeck, the city’s director of planning, development and transportation.

“Over the past couple years, the city met several times with developers to devise a new process with the intent of improving development reviews and to shorten review times that, from the points of view of both city officials and developers, were taking too long,” Harbeck stated in an email.

As a result of the TRC change this year, Harbeck said city officials sense that those working on projects are making their plans more complete before submitting them to the TRC.

“We expect to see an influx. That’s our guess,” Harbeck said Thursday. “We won’t know for sure probably for another couple of weeks.”

Tyler Newman, president and CEO of Business Alliance for a Sound Economy, a local business advocacy group, said, “I think the intent is to have a process that facilitates the investment that’s coming. It needs to be predictable on both sides.”