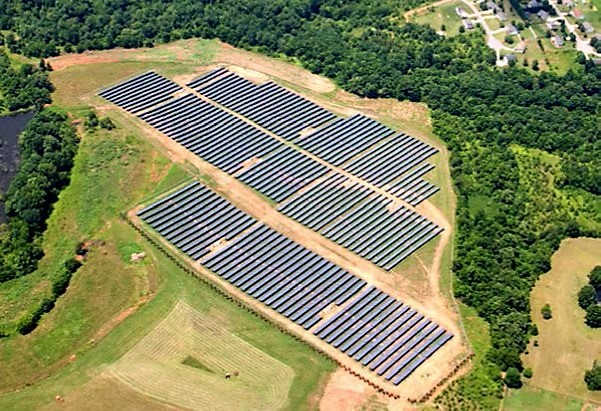 Some of the main changes to the county's Unified Development Ordinance (UDO) are an inclusion of a one-year decommissioning requirement for solar farms and an acreage restriction on the land, which had been proposed by planning staff at a 35-acre requirement while the planning board recommended raising that acreage to 50.

“The revisions grew out of the issues that the board of commissioners raised regarding solar farms,” Hargett said.

Commissioners had expressed concerns about solar farms this summer, including their impact on adjoining property values and their future maintenance and decommissioning. County staff researched the concerns and began the process of planning the new requirements, which took place over the course of several months, Hargett said.

At the time, nine solar farm projects were going through the planning department totaling about 80 acres of land. Those projects have been all approved, Hargett said, and many of the projects are in the process of permitting for construction.

Currently, no construction is taking place on any of the commercial projects, he said.

Two additional solar farm projects are being proposed for Leland Industrial Park, each on about 40 acres of land. Athood Solar IV LLC and AGA Tag Solar IV LLC have submitted plans for 4.99-megawatt projects at the industrial site located off Mt. Misery Road NE, outside of Leland town limits.

Brian Adams, president of Charlotte-based Ollo LLC and the developer behind the Athood project, said the farm is expected to cost about $10 million. The second project, being head by his father Graham Adams of Adams Group Architecture, has about the same estimate. Both projects are looking at Duke Energy Progress as a customer.

The total Duke Energy system in North Carolina has about 2500 MW of solar connected to it, according to Randy Wheeless, Duke Energy communications manager.

“There certainly has been interest, and we expect there will continue to be interest I think," based on the past and the future, as technology and legislation evolve, Hargett said.