2016 Top Stories: No. 3 - Debate Renewed Over Special Use Permit 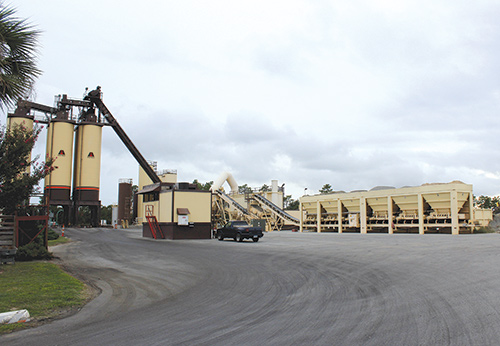 New Hanover County commissioners approved a SUP for S.T. Wooten to expand an existing sand mine operation off U.S. 421 North. (photo by Vince Winkel)
2016 was a long year for New Hanover County commissioners, planning board members, planning staff and interested parties when it came to the special use permit (SUP) and the work involved in creating a new one.

Since March of this year, county planning staff members have been – once again – working on revising the SUP guidelines. There have been public work sessions and a handful of rewrites, but it has yet to reach the commissioners.

A special use permit is required for any development that might be compatible with a zone in which it wishes to locate but requires special consideration of its potential impacts on the surrounding area.

A local business coalition has been concerned that a restrictive SUP could scare away companies that might otherwise be interested in locating in the region.

The coalition made up of Business Alliance for a Sound Economy, Wilmington Chamber of Commerce, Wilmington Business Development, Wilmington-Cape Fear Home Builders Association and the Coalition for Economic Advancement spent much of the year involved in the debate.

“If the Special Use Permit issue is to be discussed, we are only in favor of changes which will streamline and provide certainty to the permitting process, support existing business and grow new jobs in our community,” the coalition stated in November.

On the flipside, the N.C. Coastal Federation has been pushing for a SUP that is more geared toward protecting the environment of the region.

“What is happening is the development of a process that benefits a few at the expense of us all and will not prevent another potential Titan or coal ash groundwater contamination or more superfund site taxpayers will be on the hook for,” Mike Giles said in September.

Titan is Titan America, and in March the company decided against building a cement plant in Castle Hayne that it had been working on since 2008 citing cement market conditions. The Titan proposal had sparked protests and in some cases split the community, with discussion about the New Hanover County’s SUP ordinance part of the issue.

As of press time, the county planning board was hoping to vote on a final, revised SUP in January, which would mean the five county commissioners could vote on it at their February meeting.