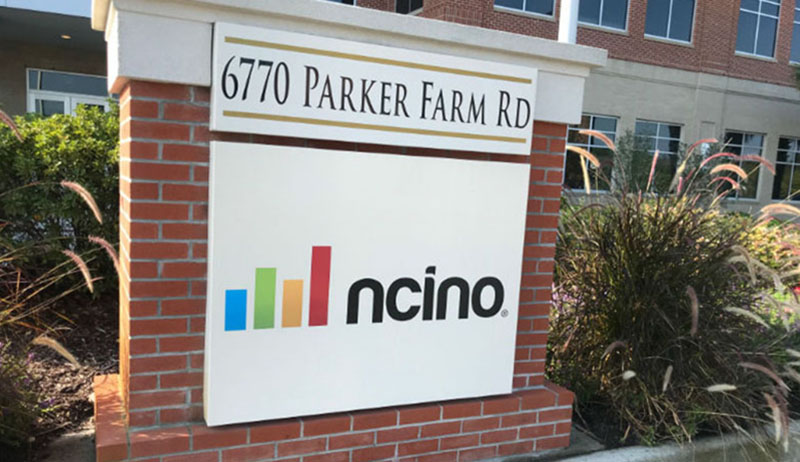 nCino filed documents Monday with the SEC to offer shares of its stock at between $22 and $24 per share. (File photo)
New Hanover Regional Medical Center may soon have company among local operations valued by the market at $2 billion.

nCino, a Wilmington-based bank software company, filed documents Monday with the Securities and Exchange Commission to offer shares of its stock at between $22 and $24 per share.

This range would value the nine-year-old company at between $1.9 billion and $2.1 billion.

Originally a spinout of Live Oak Bank, nCino has quickly grown into a global player to assist banks in replacing paper-based processes with cloud-based technology.

At this valuation, nCino would have a market value more than triple that of Live Oak, which currently trades at a valuation close to $600 million.

The company’s updated filing on Monday increased its raise to potentially more than $210 million if it sells shares for $24 apiece.

nCino expects to sell slightly more than 7.6 million shares during the IPO with underwriters having a 30-day option to purchase 1.1 million additional shares.

The company will trade on the Nasdaq stock exchange under the symbol “NCNO.” It has not announced when its shares will start trading publicly.

nCino’s filing states some of the capital will be used for “general corporate purposes, including working capital and capital expenditures such as additional office facilities. We may also use a portion of the net proceeds to acquire, invest in or obtain rights to complementary technologies, products, services or businesses. There are no such transactions (or agreements related to such transactions) at this time.”

Headed since its late 2011 launch by CEO Pierre Naudé, nCino currently serves more than 1,100 customers and employs more than 900 people.

In addition to its Wilmington headquarters, the company maintains international offices in London, Tokyo, Sydney and Toronto.

Some of the latest news on the PPP, disaster loan