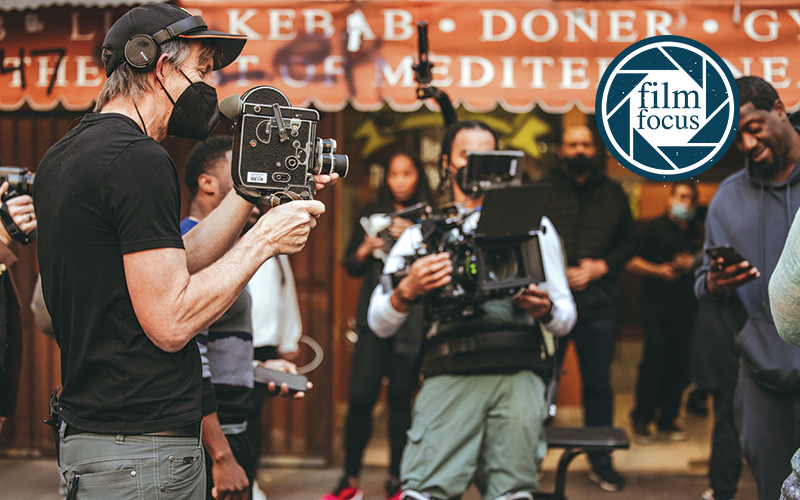 WHAT DOES THE COMPANY DO WITH REGARD TO FILM?

Brad Walker: “The heart of our company is we create content that inspires and moves the needle forward. We produce branded entertainment documentaries, national commercials, music videos and narrative films and shorts. In addition, we are a lead contributor to Getty Images. We also rent our gear to large and small projects in the state of North Carolina and often help produce passion projects for independent producers and/or docu-stories that we deeply align with.”

HOW DID YOU GET INTO THIS BUSINESS?

Andrea Walker: “Brad grew up going to the movies every Saturday with his father and eventually went to film school and developed a deep passion for cinematography and discovered his entrepreneurship abilities along the way. My background in sociology uncovered my talent in interviewing on docu-projects and working with people. The two of us merged our talents, and Lighthouse Films was formed.

We learned quickly in order to best serve our clients we needed to surround ourselves with a great team. Twenty years later, we have grown to a team of 12 in a brick-and-mortar building in downtown Wilmington where we enjoy being active in our local film community.”

WHAT DOES LIGHTHOUSE FILMS DO TO SUPPORT OTHER FILM PROJECTS?

Brad Walker: “We help produce films and rent/lease gear sometimes at no cost to producers and/or projects that we deeply connect with.”

“WHERE WOULD OUR READERS HAVE SEEN YOUR WORK?

Andrea Walker: “We produced Kygo’s music video ‘Hot Stuff’ with Chase Stokes and Madelyn Cline (as well as the thriller movie) Fall – during COVID we produced the scenes starring Jeffrey Dean Morgan. We also produced Twisted Tea commercials, HGTV Dream Home commercials and unlimited content that appears on national commercials that we shot for Getty Images as our conduit.”

ANY MEMORABLE CUSTOMERS OR ANECDOTES?

Brad Walker: “We are soon to release a docu-series we produced on financial literacy for Chase starring Kevin Hart that Brad directed, and we recently partnered with Jonas Pate on a lovely project that we are so excited about. Brad was his cinematographer.”

WHAT ARE YOUR PLANS FOR FUTURE GROWTH?

Brad Walker: “Our plans are to continue to build relationships and align ourselves with people, brands and projects that we share a common vision with. The result will help take us to the highest level. We believe that Lighthouse Films is bigger than ourselves and each member of our team has a positive light that can shine on our community and our world. Our hope is the impact will be greater than we can ever imagine.”

DO YOU HAVE CUSTOMERS OUTSIDE THE FILM INDUSTRY?

Andrea Walker: “Yes. A lot of our clients know their brands but hire us to create films for them. It’s interesting that advertising agencies have decreased as the ‘middle-man’ and a lot of our clients go to us directly to help shape their entire creative without an agency.”