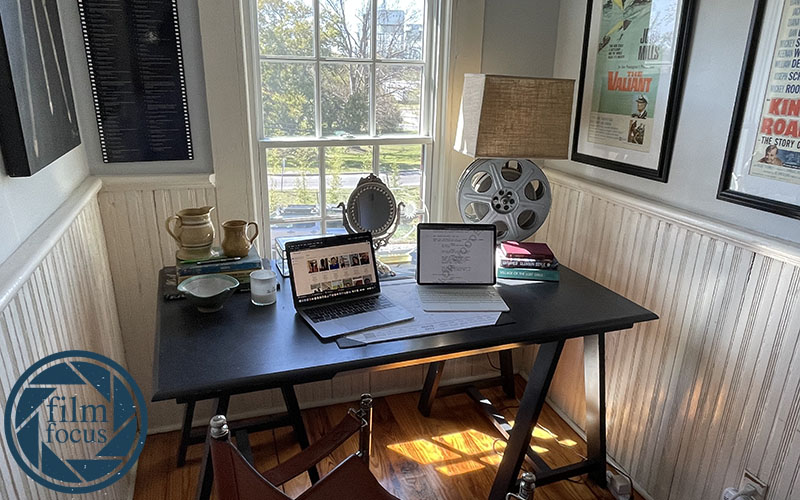 What does the company do with regard to film? An extras casting company

How did you get into this business? Woodell: “Though I’ll be the first to tell anyone you don’t need a degree to get be in the film industry, I did, in fact, go through the film studies program at UNCW and I loved every second of it. During my senior year one of my main professors, Shannon Silva, mentioned she had a former student, Ashli Bogart, who was an extras casting director returning to Wilmington to work on Sleepy Hollow Season 2 and she was in need of an assistant. Ashli reached out to Shannon among other professors in the program to get recommendations on potential assistants and I was fortunate enough to be recommended and land an interview.”

What has been your most memorable (or favorite) project to date? Woodell: “This is extremely difficult to answer because I’ve enjoyed so many of the projects I’ve been a part of, but if I had to narrow it down it would be a pilot that never made it to series: The Death of Eva Sofia Valdez. We filmed it in Myrtle Beach, South Carolina, but its themes revolved around Cuban culture, so it was truly a ton of fun to be part of creating that look, even if everyone didn’t get to see it. As for a production folks might know about, it would have been Reprisal. Reprisal was an extremely challenging show and had plenty of moments that had me pulling my hair out, but it also is the most aesthetically pleasing show I’ve ever worked on, and it was only made possible because all of the departments had the ability to see the bigger picture and flawlessly bring it to life.”

How has the business of casting changed? Woodell: “COVID has made my job and the landscape of this work extremely challenging, but there are ways the business has fundamentally changed too. I remember when I first started working, I did my casting from email submissions. I remember having to text people individually each night after wrap to get them to confirm their attendance the next day. Now, so many things are streamlined. Although we still communicate through email, our submission process is through a database. We can mass-source and hire folks; we can blast mass messages and communicate filming needs through a portal in an app. It almost seems barbaric that at one point this wasn’t the way to handle booking people, and I’ve only been in the industry eight years.”

What are you working on now? Woodell: “I’m currently about to wrap on the mini-series George and Tammy, about George Jones and Tammy Wynette. I’m aiming to take a little break because post-COVID has been the busiest I’ve ever been and it’s time for a little life balance. In the past year and seven months my team has completed the following projects: Scream 5, Welcome to Flatch, USS Christmas, Outer Banks Season 2, Hightown Season 2, Black Phone, Along for the Ride, Our Kind of People (half of the first season), The Summer I Turned Pretty, Florida Man and Boys of Summer.” Editor’s note: Film Focus is a monthly series looking at the people and businesses that are local vendors to the film industry. To be considered for the Greater Wilmington Business Journal’s Film Focus feature, contact [email protected].