Top Stories No. 3: Film, TV On A Roll In Port City 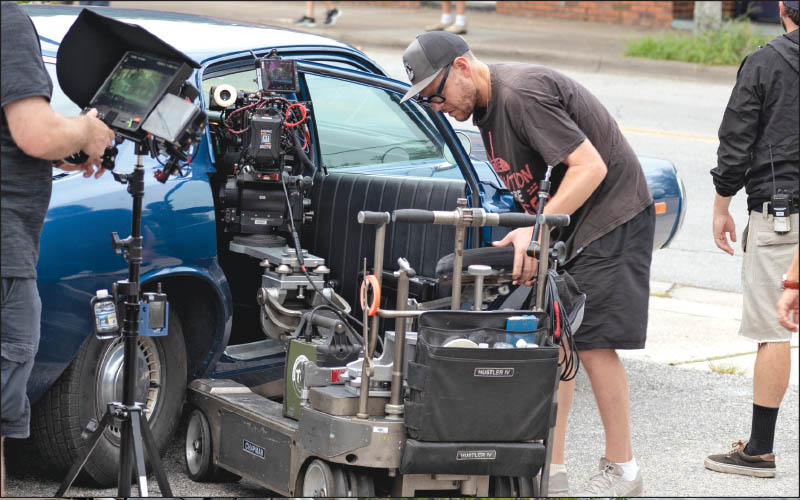 Area film leaders are hopeful that trend will continue, although as of press time no regional projects were confirmed to come to town next year.

“We certainly have reason to believe that things will continue very strongly in 2020,” said Johnny Griffin, director of the Wilmington Regional Film Commission. “Our inquiries are still very active. We’ve got a lot of people talking to us right now. Based on those inquiries, the uptick and the interest we have seen, and the fact that we still have incentive money available … we don’t see any reason why things would slow down at this point.”

The area’s film industry had steadily declined in recent years after a change from the state’s film tax incentive to a capped grant incentive program for projects in North Carolina, on top of controversial legislation that deterred productions from bringing projects into the state.

The year started with shooting for DC Universe’s Swamp Thing and Uncle Frank, a small independent film. The first season of Swamp Thing aired on DC Universe this summer, but around the same time, crew members were told the show would not be picked up for another season.

Another TV series, Hulu’s Reprisal, brought cast and crew to Wilmington to shoot its first season. The production, which also filmed its pilot here last year, wrapped this fall.

Reprisal premiered on Hulu in early December but had yet to be confirmed for another season. Griffin said a decision on its second season could come early next year, and that the film commission is eyeing the possibility of the show’s return to Wilmington.

And two movies – Halloween Kills and The Georgetown Project – brought some star actors to the region.

Halloween Kills, a show produced by Blumhouse Productions and Universal Pictures, wrapped filming this fall and is scheduled to hit theaters in October. The film, starring Jamie Lee Curtis, was announced this year along with another film in the series, Halloween Ends, planned for October 2021. There is no indication yet where Halloween Ends will film, Griffin said.

Filming for The Georgetown Project, a working title, was slated to wrap this month. The movie is being produced by Miramax and stars Russell Crowe.

To build on the recent rise of activity, Gov. Roy Cooper formed the Governor’s Advisory Council on Film, Television and Digital Streaming.

That council held its first meeting in Raleigh this month.
For a full list of the top stories of 2019, click here.