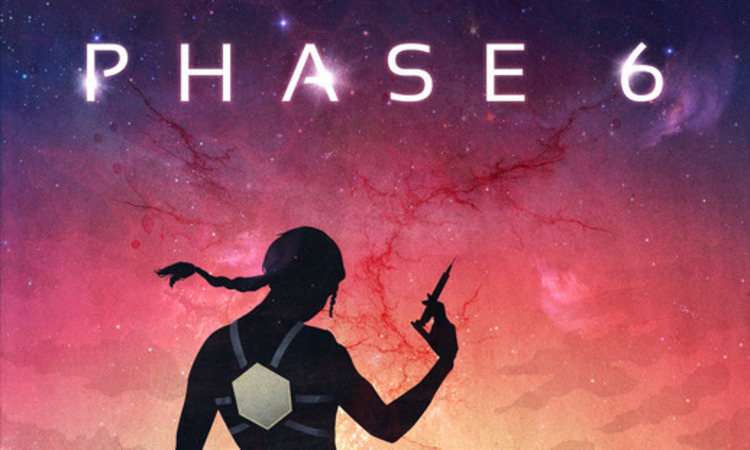 Jeff Dolan's video submission for the contest included cuts from his short film "Phase 6," which will premiere at tekMountain on March 18. (Photo Courtesy of Jeff Dolan)
Wilmington filmmaker Jeff Dolan is one of the 21 international winners of the Red Bull Futur/io video competition in which participants demonstrated what their version of a desirable future would look like.

“It is a dream come true,” Dolan said. “To both be recognized as world-class by such an esteemed jury and to intelligently discuss the visions we filmmakers infuse into our art form is pure excitement.”

Dolan is a member of tekMountain and vice president of business development at Pronto Tax School, an online tax school. Dolan also has a blog and a podcast and writes, edits and directs short films.

Dolan’s video, which used scenes from his upcoming sci-fi short film Phase 6, illustrates a future where phones and TVs are reinvented, and things like fossil fuels and cancer no longer affect people’s lives thanks to technological innovations.

The premiere for Dolan’s short film will be at 4:30 p.m. March 18 at tekMountain.

Red Bull launched the competition through a partnership with Futur/io, a European organization that focuses on technology and desirable futures through executive training and research. Participants from around the world submitted a 60-second video and a jury selected 20 winners from the 955 entries and one winner was chosen by the public.

“In a desirable future, technology, as we know it today, will largely disappear and organically become a part of our bodies, augmenting us and our capabilities to enable us to become superhuman, super healthy and super connected,” Dolan said. “As our learning about ourselves and our environment exponentially develops, our path toward how to improve it will become exponentially clear.”

Dolan, along with the other winners, will travel to Lisbon, Portugal, for the Red Bull Futur/io Academy from March 21-24.

The three-day summit will include workshops on pitches, technology in films and discussions on the future, storytelling and exponential technologies, according to a news release.

On the last day of the summit, participants will get to pitch their final concepts to a jury who will choose who gets the opportunity to turn their video into a professional Red Bull Media House production.

Dolan was one of two winners from the U.S.; other winners were primarily from European countries, as well as Mexico and Pakistan.

At the event, Dolan will lead a talk where he hopes to bring some local ideas and perspectives to the stage.

“I'm working on it,” Dolan said about the topic of his speech, in an email. “I haven't been given any prompts or areas to focus on yet, so I'm going to be studying up and taking input from the local tech/business community here at tekMountain, Wilmington and North Carolina about what technologies they are working on that could change the world. I think the distribution of these ideas on a global platform could really bring major benefits to companies here in Wilmington, North Carolina, and beyond.”