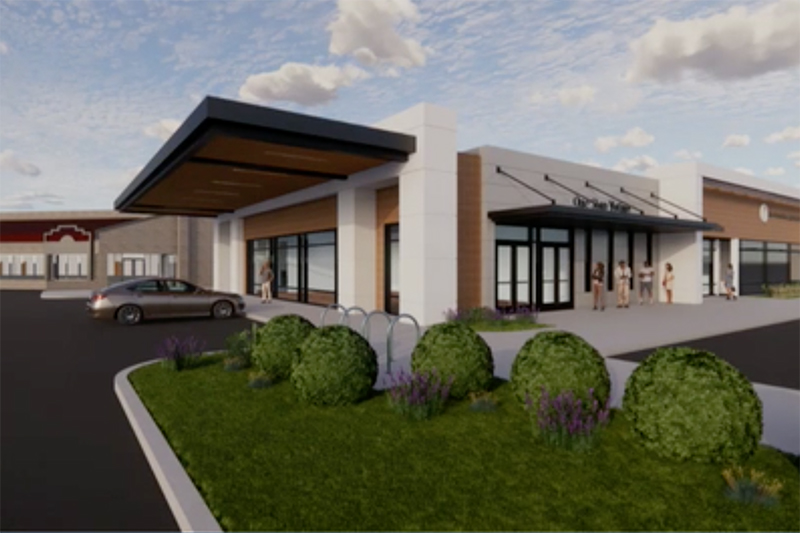 Below is a rundown of the updates on each unrelated project:


The board began its meeting by approving an offer to purchase property at 1605 Robin Hood Road for no more than $1,490,000. The property is intended to be utilized as a medical detox and crisis stabilization facility in partnership with Trillium Health Resources, RHA Health, Leading Into New Communities and the county.

Since The Harbor closed in 2021, the county has lacked a facility that provides medical detox services to the under- or uninsured. The new facility will be located off 16th Street less than half a mile from the hospital.

“I think it’s just wonderful,” Commissioner Rob Zapple said of the opportunity at the meeting. “Every once in a while, all the stars align, and this is a perfect example of that.”

The building on Robin Hood Road is 13,900 square feet and is slated to house 16 beds for detox services and 20 beds for transitional housing. Renovations, estimated to cost $6.1 million, will take place after the county acquires the building. Trillium and RHA are anticipated to supplement the renovation expenses by contributing $1.5 million and LINC will add $900,000; the county is anticipated to cover the remaining $3.7 million.

Initially, the county approved purchasing the property in September for $1,650,000. However, the appraisal valued the property at about 10% less than the previous purchase price, and a building condition assessment indicates significant renovations will be necessary, according to a county memo on the item.

The county anticipates closing on the transaction on or before March 1.


Next Friday, the county anticipates closing on its planned purchase of the former Bank of America building downtown.

The $11.9 million deal was delayed by about two weeks due to a legal issue that arose between the seller and a former owner. That litigation could further stall the transaction.

“We will not close until that is resolved,” county manager Chris Coudriet said about the litigation, which involves a dispute over parking spaces.

On Monday, commissioners approved a lease agreement with Cape Fear Community College for the use of the building.

CFCC plans to use the five-story building at 319 N. Third St. to expand its nursing and allied health programs. The N.C. State Board of Community Colleges will vote on whether to approve the lease agreement at a meeting on Feb. 19.

The lease agreement will last nearly 10 years and will cost CFCC $1 annually. The county will receive all rent proceeds from the building’s tenants, which are being permitted to remain in place until their terms are up. Renovations will occur in phases, county officials have previously said, and will cost an estimated $14.8 million so the building can accommodate labs and classrooms.

Due diligence on the property has already been substantially completed. An appraisal report valued the 55,000-square-foot building and land at $12.4 million.


As work wraps up on the county’s new headquarters, the board voted to amend its development contract with a $5.6-million add-on to accommodate a new facility.

The new facility for the Board of Elections will be constructed adjacent to Ten Pin Alley and the new government center operations.

Last March, the county entered into a development contract with Cape Fear FD Stonewater. Employees are slated to move into the new building in March, and in April, crews will begin demolishing the existing government center.

The new Board of Elections facility will open by April 2024, chief facilities officer Sara Warmuth told commissioners, “perfect timing” for the presidential election that fall.

Chief financial officer Eric Credle said the old facility, which elections officials vacated once construction on the government center began, lacks safety precautions. Plus, Credle said the new government center, which was designed with collaborative, open and free-flowing space needs, wouldn’t jive with the requirements of elections operations. “Those aren’t necessarily the attributes you want” for an elections facility, he said.

The new building will facilitate an easy flow for voters but also emphasize safety needs for elections staff, Warmuth said.