Opinion: Life Needs To Go On 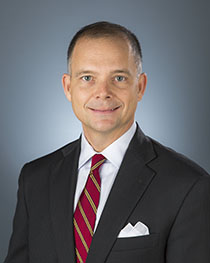 Woody White
DISCLAIMER#1:  I have no idea what the future holds.
DISCLAIMER #2:  Neither does anyone else.

And now that we have that out of the way, let’s talk frankly about how to assess what we THINK the future holds and how best to see good outcomes blossom to fruition.

Two weeks ago, when I heard that the NCAA Tournament, the Azalea Festival, the NBA and the Masters were all canceled I had conflicting emotions; shock turned to bewilderment and despondency, then to anger then to despondency again. How could anyone make such big decisions so early in this crisis? There were too many unknowns, too many steps in the decision-making process that were being skipped.

My initial thoughts were wrong and canceling those events – and many others – was the right thing to do. We have seen the schools suspended, our favorite restaurants and bars close and our entire way of life coming apart before our eyes. Yet, these early decisions – while appropriate for the most part – now appear to have been the low-hanging fruit on the decision-making tree.  Because now, the decisions leaders will make will be more impactful and longer lasting. Any further restrictions on our liberties will be an overreach of biblical proportions – a spicy menu for an unintended consequences buffet.

Are we about to go too far and cause more damage to ourselves than what consensus believes the virus would cause, even if it were to go unabated? This is what leaders must ask themselves.  The basic foundations of our civilization are being eroded and if the trajectory of confinement and suspension of civil liberties continues, the pendulum will swing too far and may never come back. Are some people going to get sick and some die? Obviously. Can this be prevented 100 percent? Obviously not. How much damage can be prevented and at what cost? That is the pertinent question confounding us all.

Do not misread what I am saying. I agree with the social-distancing efforts, with the neurotic obsession of wiping everything down, with not shaking hands and staying at home if you can.  But we are on the cusp of taking this all too far. Closing responsible small businesses that are adhering to safe protocols? Closing public spaces? Calling in the National Guard? We are scaring kids, we are scaring our loved ones and we are scaring ourselves half to death.

Governmental edicts which infringe on civil liberties must be based on common-sense consideration of all known data and adopted only in the absence of mitigating options. Reacting to this virus is rational and necessary, but overreacting is dangerous and unnecessary. For example, prohibiting parties on the beach is reasonable but closing the beach is not. Soliciting parents to wipe down the monkey bars and swing sets at the park is reasonable. Closing public parks is not.

Striking the right balance is critical.

I love reading anything Daniel Kahneman writes. His insightful commentary on how we make decisions is eye-opening and entertaining when read in the luxury of uneventful times.

The more “available” bad information is the worse our decisions tend to be. (Regrettably, the reverse is not necessarily true). One person is bitten by a shark, and no one gets in the ocean for a month. One scam artist cons a victim, and suddenly fundraising at the local church dries up. You know what he is talking about because you have done the same as I have. You shouldn’t let a recency bias taint an otherwise good head on your shoulders for objectively assessing risk.

Kahneman’s thesis is often disproportionately true for politicians and government officials who are expected to make decisions in fluid and fast-paced situations. I have served in public office now for 7.5 years, and I have learned that politicians and government officials often fall prey to the cascade quicker and with more consequence, than the average person. This should not surprise you. Politicians have a well-known propensity for wanting people to like them. Most crave validation, adulation and popularity. Some think first and foremost about their re-election or about how the community may one day enshrine their legacy on a plaque in the park. This is true, and you all know it. So is it any wonder that when loud voices are screaming at them, they tend to be influenced by the decibel level? This is true in the electoral process. It is true in the normal vagaries of day to day governing. And it is exponentially true in a crisis. Something always has to be done.

Of course there are no absolutes. Not all of the decisions that leaders make are the wrong ones. In fact, we hope and pray that most decisions are right and lead to the greater good. But everyone is influenced to some degree by the availability of cascading news cycles, Facebook posts, neighbors and Twitter mobs. And now more than ever.

The point is that leaders must be self-aware enough to accept that the cascading avalanche of information is ubiquitous and that consequential decisions should never seek to pacify the majority simply for the sake of doing so. Decision-makers should strive to strike the right balance among sometimes irreconcilable choices. Now is the time to exercise common sense, allow reasonable measures to be in place but trust that most people act in reasonable ways. Life needs to go on. Our way of living, within reasonable guidelines, must resume.

Absent some new information, the governor should not enact a shelter-in-place edict. New Hanover County should not close public spaces or further restrict commerce. The mayors of the beach towns should reopen the beaches immediately and enforce reasonable rules for crowds.  The schools should move expeditiously to screen at-risk kids but reopen as soon as possible.

The risk of living confronts us every moment of every day from our first breath to our last. We all know this. Assessing risk, within boundaries of rules adopted for common sense reasons, should be left to the people. Government cannot and never will save us from everything. In order to survive this crisis, the sooner we accept our own responsibility and government allows us to do so, the better off we will be.

Attorney Woody White has served on the New Hanover County Board of Commissioners since 2012.