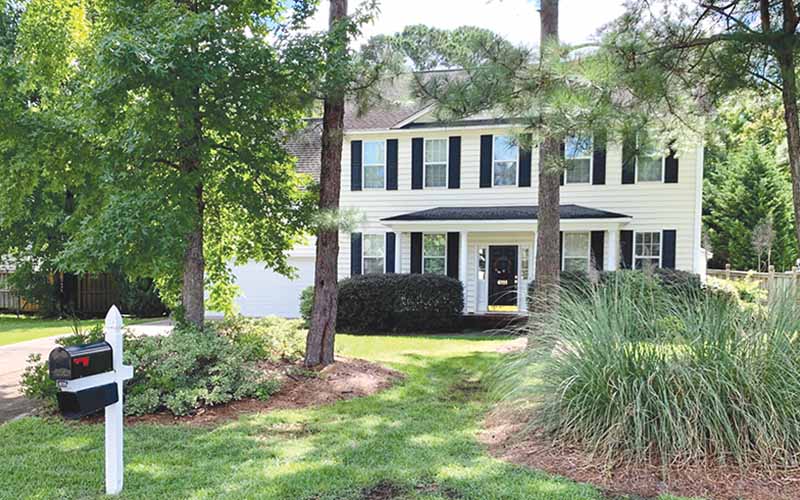 “But a lot of times, that’s what they’re doing,” said Allsup, of the Paul Allsup Real Estate Group at Wilmington-based Coldwell Banker Sea Coast Advantage. “We have all this relocation coming from up north and the West Coast and it’s very difficult to take a day trip from New York to Wilmington to see a house that you really like before it gets sold. Those people are reaching out to the agents directly and asking for virtual tours.”

Other Realtors have described the same circumstances.

“We’re seeing this situation happen on a regular basis,” said Ryan Crecelius, principal broker at Nest Realty in Wilmington. “The market is so competitive, even a matter of hours can be too little, too late. Our agents know they have to be quick on the draw to get in the home quickly and give the buyers a thumbs up using FaceTime, video, etc.”

Allsup gave the example of a couple from Minnesota who found a home they wanted, but they didn’t have a chance to fly down to Wilmington at such short notice.

“We did a virtual tour on Facebook Live, walking through the house. They were seeing the home in real time as it really was” as opposed to viewing photos or videos that were shot previously, Allsup said.

And they really loved the house, he said.

“They understood that it was going to sell quickly, and so we made an offer on that house the same day,” Allsup said. “The first time they ever stepped foot in that house was the week after we closed on it.”

Such sales happened in some cases before the pandemic, attributed to the area’s low inventory of homes, which keeps getting lower. That, along with low interest rates and other factors, is causing some homebuyers to make offers on houses they haven’t seen at all.

Crecelius said Realtors at Nest have noticed the trend among people outside North Carolina. “We’re seeing quite a few cash buyers from out of state -- in their eyes the prices here are a bargain, so as long as the home fits the criteria and doesn’t have serious inspection issues, they feel comfortable buying sight unseen,” he said.

But Allsup has noticed a difference between now and before the pandemic.

“Before COVID I would say that if we had a sight unseen purchase it would have been someone who definitely is from out of state,” Allsup said. “What’s changed now is we’re seeing people that live in Wilmington doing the same thing.”

According to National Association of Realtors data released in February, fewer potential homebuyers want to attend an in-person open house.

“While ‘virtual’ has become the new normal for many real estate agents and consumers, open houses are now conducted virtually using various tools and technologies,” according to the NAR’s Weekly Housing Market Monitor for Feb. 8 through Feb. 11. “Specifically, public interest for in-person open houses is 43% lower than a year earlier.”

On April 16, the NAR reported that a quarter of Realtors with clients putting contracts on homes that week had at least one do so without physically seeing the property. “For those clients, the median amount of homes toured – either virtually or in person – before putting a contract on a home was just three. NAR’s 2019 Profile of Home Buyers and Sellers found buyers typically looked at nine homes before placing a contract on a home.”

Crecelius points to other factors that have been involved in the new virtual reality of homebuying.

“To boil it down, it’s a mixture of supply/demand, great interest rates and an increased influx of out-ofthe- area buyers becoming interested in our market,” he said.

Realtors have expanded their tool boxes when it comes to platforms for virtual tours. Allsup said his team uses a variety, including Instagram, Facebook Live, FaceTime, Google Duo and even TikTok.

“We try to make sure that we understand how to use all the different tech so whoever the prospective client is, we can make it as easy as possible for them to use,” Allsup said.

Some reports show the pandemic pushing people out of more crowded areas and cities to places where residents are spread out, homes are cheaper and there seems to be a better quality of life.

“When people realize they can work remotely now, their job is secure and realize how inexpensive our area is compared to some Northern states, it’s a no-brainer,” Crecelius said. “For example, we had someone walk into our Mayfaire office, noticed we had a $1.5 million listing and said, ‘That seems cheap,’ and was interested in buying it. He had just sold his company to Microsoft and was looking to leave Manhattan because of the incredibly high costs, everything being locked down and for a more relaxed lifestyle.”

Throughout the pandemic in 2020, major metropolitan areas and hotspots, such as New York City, Newark and Chicago, experienced greater outbound migration, while lower-density cities like Wilmington saw high levels of inbound moves, according to a United Van Lines study.

In fact, Wilmington was No. 1 out of the top 25 metropolitan areas for inbound moves at 79%.

Eily Cummings, director of corporate communications at United Van Lines, said in a news release that “as more people experience job and lifestyle changes amid the pandemic like remote working, we’re seeing they have more flexibility in where they can live – many choosing to move from urban to more rural areas.”

When it comes to those buyers snapping up homes without looking at them in person first, Allsup said, “It’s always happened but not to the extent we see it happening now.”