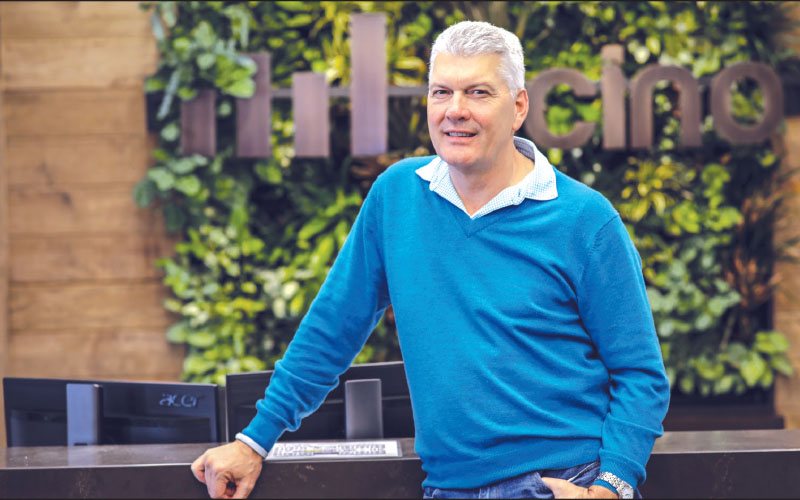 A banking software company based in Wilmington, nCino, is led by CEO Pierre Naudé, and raised $80 million in a round of funding this year.
This year, Wilmington-based nCino raised $80 million, expanded to Japan and announced the launch of nCino IQ, which expands its Banking Operating System with artificial intelligence and machine learning.

nCino and Live Oak Bank, from which nCino spun out, have continued to grow their presence in the financial technology sector.

In October, the banking software company raised $80 million in equity which officials said would be used for product innovation, global expansion and hiring of new talent.

“With this round of funding, nCino will continue to hire and grow our teams across all offices and locations, including our worldwide headquarters in Wilmington,” officials said.

This year’s raise, the largest so far for the company, brings its total to more than $200 million.

nCino employs about 800 people worldwide and has leased office space in three buildings at Mayfaire.

The company is led by Pierre Naudé, its CEO.

nCino announced three geographic expansions this year, two in North America and one in Asia.

In July, nCino announced the opening of an office in Toronto to expand its Bank Operating System to the Canadian financial market.

In October, the company announced it was expanding to Japan through a partnership with Tokyo-based Japan Cloud and a new subsidiary, nCino K.K.

These expansions join nCino’s other office locations in Sydney, London and headquarters at 6770 Parker Farm Drive.

On nCino IQ, officials said it will help with the company’s vision for applying technology to provide innovative solutions.

“nIQ – nCino IQ – is our AI-powered solution that further delivers on our vision for The Intelligent Enterprise, where analytics and insights are provided to financial institutions at every stage of production,” officials said earlier this year.

News of nCino’s growth in 2019 come as other fintech Wilmington companies also continue to expand.

This year, the bank also entered the venture banking industry by offering financing and banking support to early- stage and growing venture-backed companies.

Another Live Oak venture, Apiture, which formed through a partnership with Atlanta-based First Data, has grown to 135 local employees, plus 45 at its Austin, Texas, office in two years.

The company, which develops digital products for banks, was previously located downtown but moved to Live Oak’s Tiburon Drive campus in October.
For a full list of the top stories of 2019, click here.