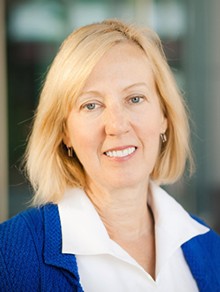 Architecture, interiors and planning firm LS3P recently announced a key leadership change on its board of directors.

Peele joined LS3P (then Boney Architects) in 1988 after she graduated as valedictorian of her class from N.C. State University with an architecture degree. In her 34 years with the firm, she has managed over $1 billion worth of construction, with projects ranging from educational to workplace to civic work. She became Raleigh office leader in 2005, joined the board of directors in 2010 and was named vice president of practice in 2013. In her role as chief practice officer, which she has held since 2019, she "oversees firmwide design excellence and quality, growth of practice expertise and innovation," the release stated.

CEO Marc Marchant said he believes that Peele’s unparalleled experience, coupled with her commitment to architecture in service to communities, uniquely qualifies her for this role. “Katherine embodies LS3P’s Values, Mission, and Vision, and has long been a driving force in the firm’s success,” he says. “Her reputation as an outstanding designer, leader, and advocate for the industry comes from her decades of service to the firm and the profession, and we are honored to work with her as the new Chair of LS3P’s Board.”