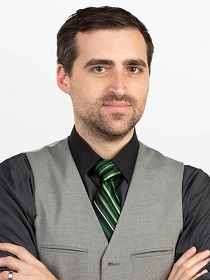 Peter Freeman
Wilmington-based Atrómitos Consulting LLC has promoted Peter Freeman to the position of principal, according to a news release.

Freeman has a background in program management, policy implementation and community organizing. He has supported clinical care teams, boards of directors and volunteer committees across community sectors, stated the release.

“We’re thrilled that Peter will be taking on this expanded role with our team,” Michealle Gady, founder and president of Atrómitos, said in the release. “He is a highly effective leader who truly has the interests of others at heart, so I know he will continue to bring great value to our partners.”

Prior to joining Atrómitos, Freeman served as director of Medicaid Services for Third Horizon Strategies, where he was responsible for supporting health care services for Medicaid and Medicare populations, stated the release.

He has also served as an adjunct lecturer for multiple universities, including the University of North Carolina at Greensboro.