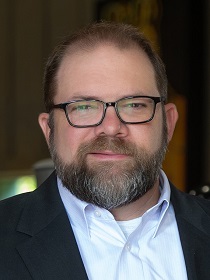 Tim Miller
Barnhill Contracting Co. has promoted Tim Miller to vice president of preconstruction services for the building group, according to a news release.

Miller has 15 years of leadership experience, including work directing teams mentoring young professionals and developing efficiencies and innovation in preconstruction processes, officials said in the release.

In his new role with the Rocky Mount-based firm, Miller will be responsible for planning, directing and coordinating all preconstruction activities, and leading teams throughout the state, according to the release.

Miller is the overall manager of preconstruction services and his work extends to Wilmington.

Currently, Barnhill Contracting projects in Wilmington, include Riverplace in downtown Wilmington, work on Trask Middle School and the company expects to begin construction work on the N.C. Port Authority's South Gate Complex upgrades in the near future, officials said.

He holds a bachelor's degree from Appalachian State University and served as a captain for medical operations in the Army, with two combat tours overseas.