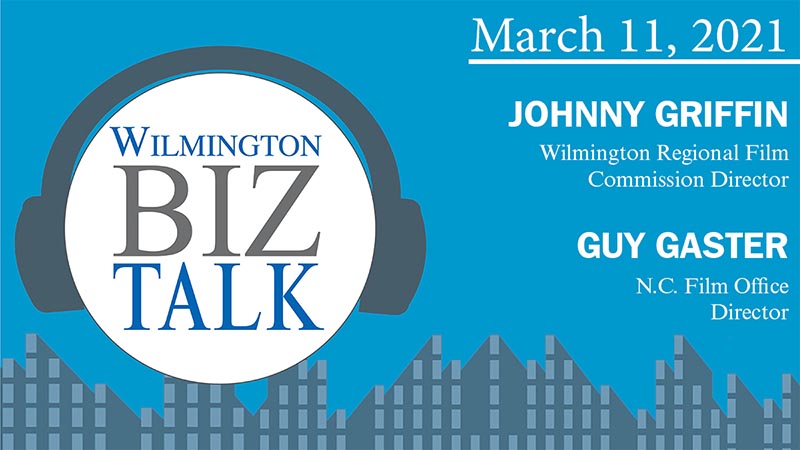 The full-throttle film production happening in Wilmington at present is estimated to total about $114.5 million in local spending for goods and services, according to the N.C. Dept. of Commerce. In return, the four projects involved will receive nearly $28.4 million in rebates from the state’s film incentive fund.

This healthy bottom line reflects the boom in film activity that started here in the early fall of 2020 and continues, even as one project has wrapped, the other three wind down, and a new one is in pre-production at EUE/Screen Gems Studios.

Gaster said that even with film activity shut down for much of the first half of 2020, production spending was strong in the past few months.

“Some projections have been that about $167 million was being spent in the state by productions in 2020. This is much better than in [20]17 and [20]18, which were hovering around $50 million,” he said. “And this current year is looking to be above any of our previous numbers since [North Carolina] moved to the grant program.”

The four projects now finishing up their six months of production here are the second season of STARZ crime drama Hightown, Fox’s comedy series This Country, and two feature films: Static and ISS (which stands for International Space Station). Griffin said he cannot yet reveal the project that’s setting up at EUE/Screen Gems now.

The current level of activity means opportunity for steady employment for the hundreds of trained crew members living in the Wilmington area, Griffin said.

“More than 500 people have been employed since last September-October through March,” he continued. “Some of those people will roll over onto the new project. They might take a short break and come back in April or May. And we’re starting to get a lot more calls and inquiries from crew in other states thinking Wilmington is where they’d like to be.”

Add to that all the recent and upcoming film school graduates who are looking for employment, and you have an expanding stable of skilled workers, Griffin said.

“When and if, hopefully, productions increase, we’ll start to have more crew," he added. "[Demand for crew] is a good problem to have. In the recent past, we’ve had more crew than opportunity.”

Gaster said the rise in filmmaking activity is happening across the state, particularly in the Charlotte area.

“It’s a mix of television and feature films,” Gaster said of the projects across the state. “In other parts of the state you tend to see a little more feature film, maybe because [other locations] don’t have the resources that Wilmington has: no sound stages, not as much infrastructure.”

Asked what message he tries to convey to film studios when he talks with executives, Gaster said he talks about the state's track record, its current projects and the fact that the state is maintaining COVID-19 safety protocols.

"My message is, 'North Carolina is open and productions are ongoing.'"

View the full conversation below. Also listen to this and future weekly WilmingtonBiz Talk discussions on the Business Journal's new podcast, available on Apple Podcasts, Spotify and Stitcher.

BizTalk is livestreamed on the Business Journal's Facebook page each week at noon Thursday. For notifications on upcoming topics, sign up for newsletters at wilmingtonbiz.com/register and to submit topic or speaker ideas, email [email protected].