Sound Off: Financial Health Is Health Too 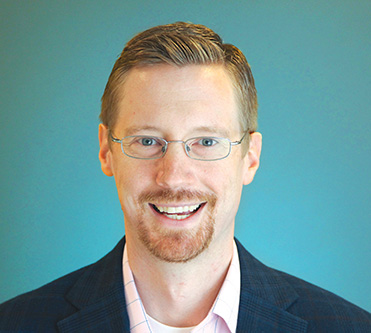 Adam Jones
Pandemics, social upheaval, supply chain disruptions, natural disasters, elections, worker shortages, inflation and a Johnny Depp-Amber Heard lawsuit: all stories that have captivated our attention over the past few years. And while one of the stories was an entertaining sideshow, the others have had real economic effects – positive effects for those who could turn them into opportunities and negative effects for those who were unprepared.

Pre-pandemic, over one-third of U.S. households couldn’t cover an unexpected $400 expense. Even with government support programs during the pandemic, nearly a quarter of North Carolina households used credit cards, at some point, to pay for their usual household expenses. A major lesson from the pandemic is that financial health and financial residency are an important part of overall health and resiliency.

In an unexpected twist of fate, households have emerged from the pandemic in an unusually strong position with more cash in checking accounts than ever before, ($2.7 trillion – three times more than the pre-pandemic records) and record low levels of debt service driven by mortgage refinancing and debt pay downs during the pandemic.

And while the economic discussion currently centers around inflation, it won’t be long until many of us have spent through the cushion and are at risk once again. While we might not (hopefully) have another national disaster, regional disasters are potentially riskier as there are no stimulus checks, mortgage relief or low-interest rates coming after a hurricane, business closure or health incident; it’s up to us to be prepared.

Early 2020, when uncertainty was at its highest, is a poignant case study and, unsurprisingly, that financial wealth reduced feelings of depression.

Yes, the stimulus checks intended to stimulate the economy, but households saving them or paying down debt might also have been beneficial in the mental health dimension. (Of course, the downside is that we only save so long before the stimulus leads to inflation as we’re seeing now.)

Financial health, and its corresponding effects on mental health, is particularly important when we think about some of the most vulnerable members of society. A study using anonymized bank account data shows that the lowest income households saw their incomes rise the most from stimulus checks (nearly doubling in March and April of 2020), but also that those low-income households spent the funds out the quickest, having spent 80% of it by the end of the year.

This pattern suggests a lack of emergency funds and contingency planning. Particularly concerning is that the same bank data shows that for 2012-18 (relatively good economic times) the bottom quintile of households was subject to the highest number of income disruptions.

While money struggles for low-income households are nothing new, recent experiences have reminded us just how vulnerable they are and the link between financial and health troubles.

Money discussions are often taboo and private, but if we don’t talk about it, how does anyone learn?

The answer is by making mistakes and learning when it’s too late. Learning the importance of an emergency fund during an emergency is a hard lesson; realizing you need gas and food money when the hurricane is bearing down only adds to the mental stress and subsequent physical stresses.

Maybe a good starting point is simply having a conversation. Adam Jones is a regional economist with UNCW's Swain Center and an associate professor of economics at UNCW's Cameron School of Business.