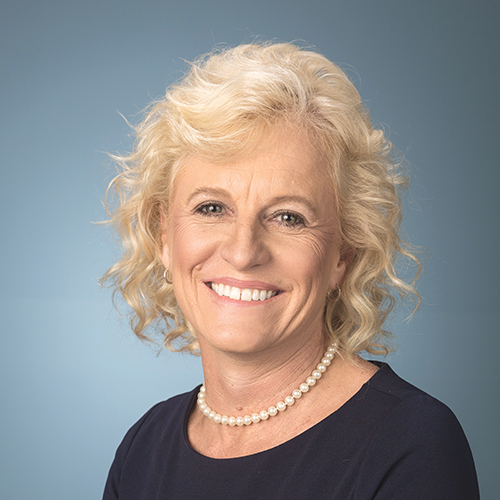 Julia Olson-Boseman
“Good Neighbors Care” if you visit Chemours’ Youtube channel, that is the title of a video that was uploaded on Nov. 30, 2021.

This advertisement eventually made its way into the rotation of local television commercials, drawing the attention of many in our community. Several area media outlets have talked with officials and community members for stories about the content of this ad, and, back on Jan. 27, I provided a statement about the video that you can view at News.NHCgov.com.

Over the span of 30 seconds, Chemours talks about the work it is doing to protect the local environment and money they have spent to reduce pollutants being expelled from the plant. The piece ends with the following line: “Our quality of life begins with a quality environment. That’s our Chemours commitment.”

Let me be as fair as I can to Chemours. After the company was exposed in 2016 for decades of knowingly dumping of chemicals, specifically the PFAS known as GenX, in the Cape Fear River, Chemours and the N.C. Department of Environmental Quality (NCDEQ) eventually agreed to a consent order that restricted what could be released into the river and addressed water needs for residents in the immediate area around the plant in Bladen County – this came about after a lot of local pressure, advocacy and lawsuits from Cape Fear River Watch. So anything they have done to reduce pollutants is a response to that legal mandate.

Citizens in Bladen, Cumberland and Robeson counties have been provided with water filtration systems or alternative sources of drinking water by Chemours. The company has tested water aquafers in those areas and continues to monitor the plant’s output and impact on the local environment.

Chemours says that is its commitment.

So far, that commitment appears to end at the Bladen County line. And, unfortunately, the water Chemours has contaminated does not stop there.

Back in November, NCDEQ announced it had determined that Chemours is responsible for contaminating well water supplies in downstream counties from the Bladen County plant through PFAS releases into the Cape Fear River. Within 90 days, Chemours was to submit a plan to the state that would create a comprehensive assessment of groundwater contamination in New Hanover County.

On Feb. 1, Chemours sent its plan to NCDEQ. The company has proposed to test private wells that are the primary source of drinking water on properties that are within half a mile of the Cape Fear River. There is data to prove their fingerprint chemicals are in local wells beyond within immediate proximity to the Cape Fear River, and yet they continue to refuse to take action and help our residents.

Their plan begs the question: Do these good neighbors actually care?

The terms laid out by Chemours are not acceptable and are a far cry from what our residents deserve. They are not in line with the requirements in the consent order that are afforded to residents who live near the plant. They are the latest in a long line of unaccepted responsibility by the company for the mess they have made.

From the moment GenX was discovered in the Cape Fear River, Chemours has deflected responsibility and waited until it was legally forced to act to make any significant change to addressing the problem.

Cape Fear Public Utility Authority is paying for new granular activated carbon systems at its Sweeney Plant that will effectively filter out the chemicals Chemours dumped in the river so New Hanover County residents can have safe drinking water. CFPUA is involved in ongoing litigation to try and recoup the $50 million spent on the system, and even then, there is no guarantee CFPUA will win.

And that filtration system will only benefit residents hooked into CFPUA water. Those whose primary water source is a private well are still not being given the assurances they deserve. Instead of showing an eagerness to fully understand the scope and spread of these chemicals, Chemours has limited the window for well water testing to a narrow frame.

Let me offer some analogies, if I can.

If you were backing out of a parking spot and crashed into another vehicle, knocking the bumper off, you would not offer the other car’s owner a new air freshener to fix the problem.

If you were visiting a friend’s home and dropped a glass, you would not offer a Styrofoam cup as a replacement.  If your lawn mower threw a rock through your neighbor’s window, a piece of cardboard over the hole would not be a permanent solution.

For Chemours, there is a problem that they have only partially addressed. The chemicals being dumped in our water source are lessening. And, hopefully, their goal of 99% reduction does become a reality.  Still, it does not change the fact that there is more recovery to be done. The people of New Hanover County deserve to know if the water they are providing for their families to drink is safe. The best way to do that is thorough testing, not just on wells close to the Cape Fear River but for everyone downstream from the Bladen County plant where these substances originated from.

Until the money for a misleading advertising campaign gets shifted to testing wells throughout New Hanover County for PFAS contamination, it’s obvious that our neighbors do not really care.

Julia Olson-Boseman is chair of the New Hanover County Board of Commissioners.