The Low Down On PPPs 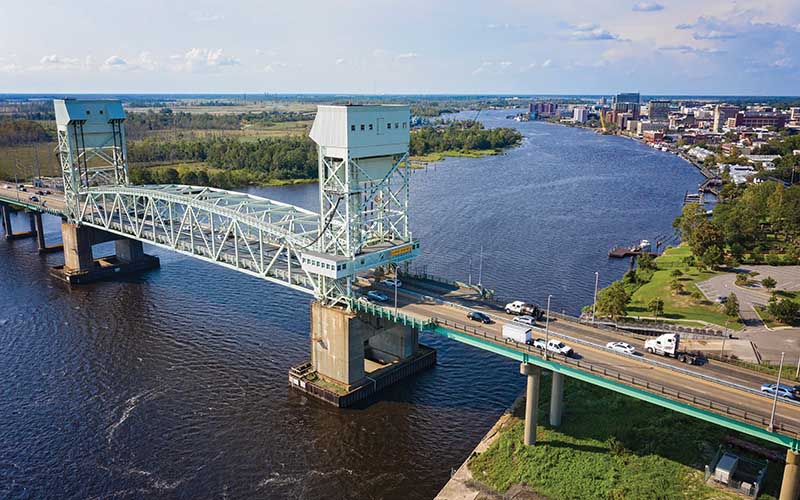 Public-private partnerships, often referred to as PPP, PPI and P3, are not new. In fact, in New Hanover County and surrounding counties, there has been significant PPP activity over the past several years.

PPPs are contracted relationships, often over a long term of a year or more, between a private party and a government entity ultimately delivering a public asset or service. The range of opportunities for such a partnership is wide.

In a PPP, the private party can finance, build, operate and maintain public infrastructure facilities and provide services traditionally delivered by the government agencies within the community. General examples include improvements to roads, airports, bridges, railways and community buildings such as hospitals, schools, prisons, parks and convention centers.

The advantages of a PPP can be numerous, such as making a seemingly impossible project a possibility or enabling completion within a faster timeline. Often incentives to complete work on time and on budget drive the private company’s implementation plan while also assuming the risk of cost overruns and meeting predefined quality standards.

On the flip side, the infrastructure or service delivered can be more expensive. And because the projects are long term, they can be complicated and touted as inflexible as it’s impossible to plan for everything far in advance.

“In my experience, successful partnerships tend to result when the public partner has done its homework in advance and has a good idea of the public benefits it wants to obtain,” said C. Tyler Mulligan, director of the Development Finance Initiative at UNC’s School of Government who focuses on real estate development. “Another indicator of success is having a private sector partner who is transparent about the deal structure, including sources and costs of capital and uses of capital. That transparency helps partners communicate and understand each other, and it allows a program like DFI to validate the fairness of the deal.”

In April, Husch Blackwell, which consults with private businesses and public agencies to form P3s across the U.S., released its fourth annual Private-Public Partnership Trends Report. The extensive report outlines keys to successful P3s. It suggests that the public sector have a dedicated team to manage or oversee the project and that identified revenue streams be sufficient to retire the project and provide an acceptable rate of return over the term of the agreement. Furthermore, picking the best partner, not necessarily the lowest-price partner, is key, and open and candid stakeholder communications are critical, including active support from public figures and political leaders.

There are also challenges with any PPP, Mulligan said.

In New Hanover County, there’s been a range of PPP endeavors over the past several years. “From my perspective, if the PPP benefits the community and the citizens we represent, I will support it. If not, I will not,” Wilmington Mayor Bill Saffo said. 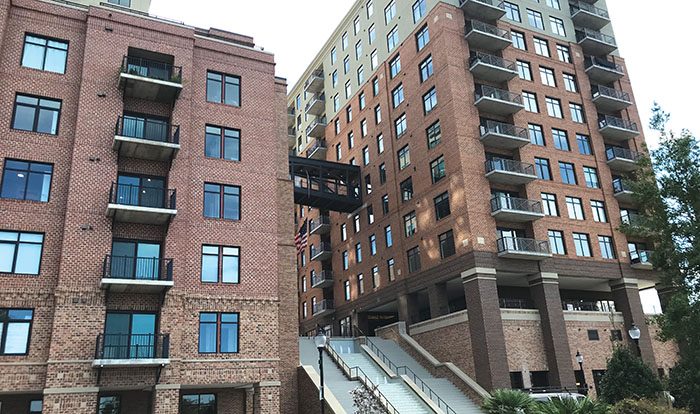 In May 2017, officials announced a public-private partnership between the city of Wilmington and East West Partners to redevelop the Water Street parking deck with a new 409-space deck, 32,000 square feet of retail space, 92 luxury condominiums and 79 high-end apartments.

The 13-story, mixed-use River Place opened to tenants last year. Repairs have had to be done in some of the residential units.

Saffo recalled the vision shared with the community during the evaluation of options that included housing, commerce and a redesign to open Chestnut Street to the river as part of the project.

“The project accomplished all three,” he said. “In addition, the architecture that was approved by city council in open session fulfilled the vision we all had. It was incorporated into the streetscape and skyline, and it blends with historic downtown Wilmington. It’s what we wanted it to look like. The parking deck is a healthy tax base for the community, and it has brought more people to live in downtown Wilmington.”

More recently, in March, New Hanover County commissioners approved a memorandum of understanding for Project Grace with Zimmer Development to create a civic and arts district in downtown Wilmington.

The project includes the public library and Cape Fear Museum plus office space and private development with residential and mixed use. Under the proposal – a development agreement still would have to be finalized – the developer would manage the construction of both the public and private facilities on the site, which is a 3-acre block that the county owns.

Saffo said he hoped the library would be enhanced and beautified.

“The possibility of the library and the museum in town within walking distance for visitors will add synergy to downtown Wilmington, and I hope the new center will incorporate the historic buildings in the block,” he said.

Construction began in mid-March 2021 on the facility after county commissioners approved a revised development agreement in January. The new facility will include county offices, an expanded emergency operations and 911 center as well as commercial, retail and residential units. 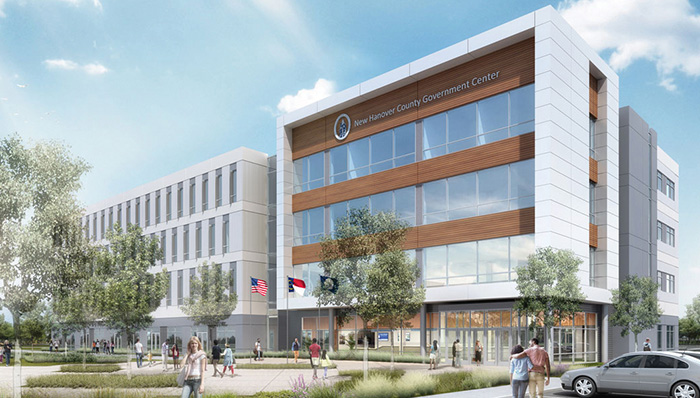 According to county officials, the vision for the project includes an energy-efficient building with a customer-focused design aimed to be easily accessible and welcoming to the public while delivering efficient operations. The new building will be resilient, safe and secure during emergency events. The project also envisions mindful stewardship of public resources in alignment with the county’s strategic plan and an increased tax base through the commercial and residential sites, officials said. A tentative ribbon-cutting is planned for September 2022.

Not all PPPs are immediately viable.

In November, a private firm made an unsolicited proposal to form a public-private partnership with the N.C. Department of Transportation to replace the Cape Fear Memorial Bridge. The proposal, which included the concept of a toll, was rejected by the Wilmington Urban Area Metropolitan Planning Organization (WMPO) earlier this summer. WMPO board members indicated they are willing to entertain other options.

“This is a significant transportation project between counties, and there has been lots of discussion over the last decade,” Saffo said. “We are all in agreement that the bridge will be replaced, but all of the elected officials have never come together to get a firm understanding of what we want. I hope we can bridge that divide within the next year.”

Saffo also said he did not think that tolling an existing roadway was the right precedent to set, adding that he thought a new road could be tolled but not an existing one.

Pointing out that COVID has introduced new trends in how people work, transact, travel and consume, the Husch Blackwell trends report on public-private partnerships stated that many of the tasks ahead for cities and states lie in replacing legacy assets and rebuilding infrastructure for growth and prosperity.

Based on projects prelaunched in 2020, PPPs for higher education institutions for campus energy as well as telecommunications projects including broadband infrastructure and online platforms are trending.

“As with all development, PPPs tend to follow market trends,” Mulligan said. “PPPs with office and hotel components are more difficult to complete right now because private capital is, for the moment, less interested in those projects. On the public side, there is greater interest in affordable housing and neighborhood revitalization. Private sector developers who can respond to that demand may find willing public partners.”