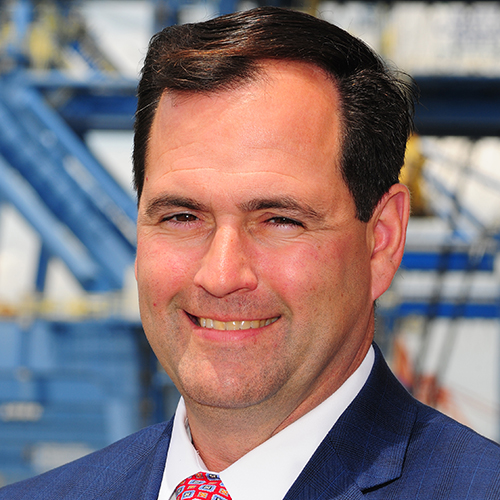 Why he's a power player this year:
When Clark takes over as executive director next year, he will lead all port activities and oversee the remaining projects in N.C. Ports’ capital improvement plan. Several of those projects were completed this year, including a second widening of the Port of Wilmington’s turning basin, berth enhancements and a new $14 million refrigerated container yard.

Those enhancements helped bring this year the largest container ships on record at the Port of Wilmington.

He will help lead other infrastructure improvements in development, including the container terminal master plan and efforts to improve the Wilmington Navigational Harbor. 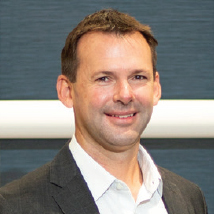 
Lopatka took on the role of plant manager of Wilmington’s optical fiber manufacturing facility in 2019. He began his career with the firm in Wilmington as a process engineer in 2001. He leads a local workforce of about 1,000 employees.

Why he's a power player this year:

In 2020, Corning Inc. marked the 50th anniversary of its invention of low-loss optical fiber, the first of which was manufactured at the company’s plant in Wilmington that launched the age of optical communications.

That invention has helped many this year live, learn and work from home during the COVID-19 pandemic.

At the Wilmington facility, Lopatka helped oversee Corning’s response plans that allowed the plant to continue operating to meet demand and performance objectives while protecting employees from the virus’ spread.

Lopatka is also overseeing the continued innovation of products at the local facility, especially those that will help usher the Corning, New York-based company into the world of 5G networks. As these networks grow, demand for optical fiber production is slated to grow. With much of the research and development for optical fiber happening in Wilmington, Lopatka helps with these innovations. 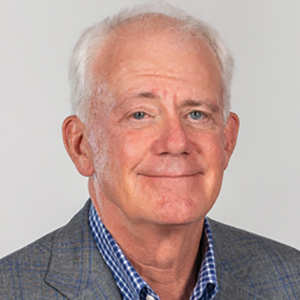 
Live Oak Bank, a subsidiary of Live Oak Bancshares, was founded in 2008 by Chip Mahan in Wilmington. He is also the co-founder of Wilmington-based banking technology firms nCino and Apiture. He leads the firm of about 600 employees.

Why he's a power player this year:
Helping small businesses weather the COVID-19 economic crisis, Mahan led Live Oak Bank this year as an active player in the SBA’s $525 billion Paycheck Protection Program. Not only did the bank help government officials to design the program, but it also processed more than 11,000 loans across the U.S., with more than 740 loans in Wilmington, before the program closed in August.

Live Oak Bank this year was once again the most active SBA 7(a) lender by dollar amount in the country, with nearly $1.5 billion for the 2020 fiscal year that ended Sept. 30.

And before the pandemic hit, Canapi Ventures, of which Mahan is a managing partner, launched its inaugural $545 million fintech venture fund to support innovation in financial services. 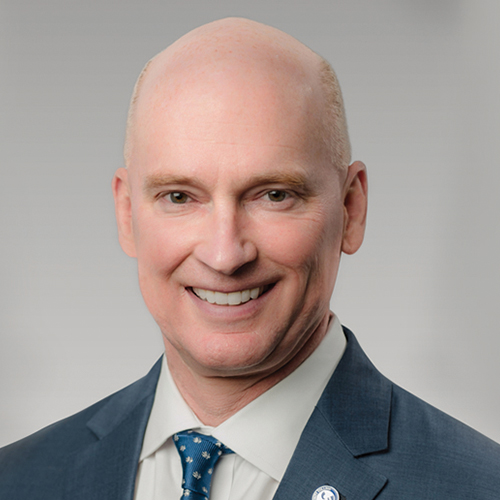 
Jim Morton joined Cape Fear Community College in 2015 as vice president of business and financial services and later became executive vice president. Morton was named the college’s president in 2018 and oversees 1,200 employees. He’s had more than 20 years of leadership experience in industry and economic development sectors.

Why he's a power player this year:
Despite challenges presented by the COVID-19 pandemic, Cape Fear Community College’s enrollment continued to grow this summer with a 9.6% increase over last year. The fall term had a slight increase of 1%.

As a result of the pandemic, CFCC quickly shifted most of its classes and support services online. The school continues to offer face-to-face and other flexible methods of instruction.

CFCC has been assisting area businesses, with the CFCC Small Business Center, helping at least 79 businesses through a North Carolina grant program. 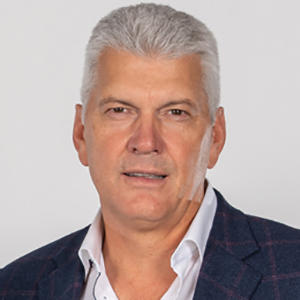 
Pierre Naudé was a key player in founding nCino, a spinoff of Live Oak Bank, in 2011. On top of his role as CEO, he is also a member of the firm’s board of directors. Naudé has more than 30 years of financial technology experience. He leads nCino’s more than 900 employees.

Why he's a power player this year:
Naudé is overseeing rapid growth for nCino, a Wilmington-headquartered cloud-based financial software firm. The firm launched its IPO on the Nasdaq in July.

This fall, Naudé reported that the firm has grown to more than 1,100 financial institution customers worldwide with assets ranging from $30 million to more than $2 trillion.

One of the reasons for the company’s move onto the publicly traded market was to expand the fintech firm’s exposure around the world. That growth will not only help globally but with the firm’s plan to expand in Wilmington, officials say. 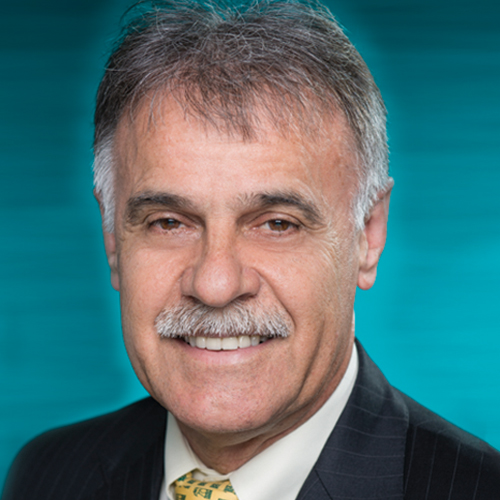 Why he's a power player this year:
Like most institutions and businesses, UNCW has been making adjustments because of the COVID-19 pandemic this year. Despite the pandemic, the university saw record enrollment of nearly 18,000 students in fall 2020, including a record 3,265 graduate students.

Learning continued, and the faculty adapted quickly to an online format in the spring and adopted new teaching methods to support in-person, hybrid and online learning for fall 2020.

The chancellor and his leadership team have also overseen more than $400 million in campus improvements, including new construction and renovations and repairs related to Hurricane Florence in 2018. The new Veterans Hall, funded through a state bond issue, opened this fall and houses the College of Health and Human Services, some programs of the College of Arts and Sciences and resources for military-affiliated students.

Continued growth: Projects in development include a major Randall Library expansion, a new coastal engineering building and a new dining facility. A new film studies building is expected to open in spring 2021. 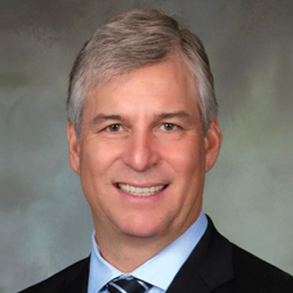 
David Simmons joined Wilmington-headquartered PPD as chairman and CEO in 2012. Prior to his role with the contract research organization, he spent 15 years with Pfizer Inc., his more recent role being president of its emerging markets and established products business. He leads PPD’s global workforce of 25,000 employees across 46 countries.

Why he's a power player this year:
Simmons has overseen big business transitions and new markets for the global contract research organization this year. He helped PPD pivot business to navigate through the COVID-19 pandemic.

PPD continues to play a role in the development of therapies and vaccines for COVID-19. For its work in that space, PPD has won more than 140 awards for work associated with the virus. In the vaccine work, PPD has been a significant player with Moderna’s vaccine as its CRO partner. In another partnership, PPD helped Gilead Sciences with the first COVID-19 treatment approved by the FDA.

PPD in February began trading on the Nasdaq, returning the firm back to being a public company. 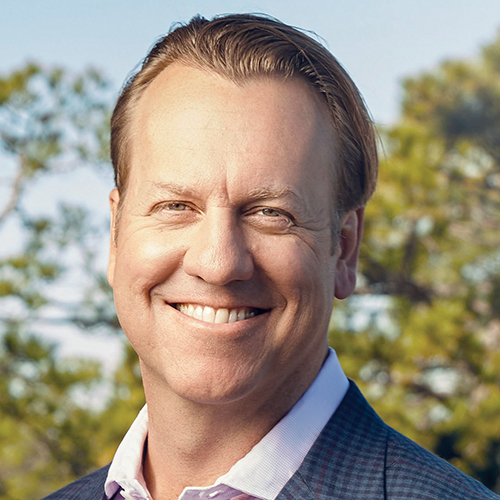 Neil Underwood brings his banking experience as a partner of Canapi, a venture capital firm he helped co-found in 2018. Underwood is also president of Live Oak Bancshares and also co-founded Live Oak Bank, nCino and Apiture. Previously, he was a general manager at S1 Corp. in Atlanta.

Why he's a power player this year:
In January, Canapi received $545 million from its institutional investor base to support innovation in financial services.

Companies Canapi invested in 2020 include Nova Credit, Moov, Blend, Alloy, Kaika and Greenlight. These companies offer technologies that Underwood said he feels are important as banking operations increasingly move online, he said in a previous interview.

Canapi’s investment in startups advancing banking technologies was also highlighted this year by the COVID-19 pandemic, where “onboarding and servicing of new customers through digital channels has become critical on every bank’s roadmap,” he said. 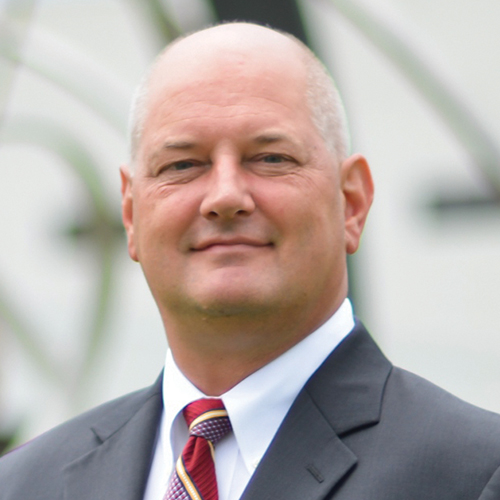 
Since 2015, Jay Wileman has led the company, which has been based in Wilmington for more than 50 years. He has an extensive career in the nuclear industry.

Why he's a power player this year:
Wileman is leading GE Hitachi into a new era of nuclear technology advancements. The firm reached several milestones this year with its BWRX-300 small modular reactor design, which is being explored for commercialization in the U.S., Canada, Poland, Estonia and the Czech Republic.

In October, the U.S. Department of Energy awarded $80 million in advanced reactor demonstration funding for Natrium, a technology jointly developed by GE Hitachi and its partner TerraPower.

The company, through Global Nuclear Fuel, is making headway on advancements in the nuclear fuel side of the business. In addition, GE Hitachi continues to compete for and win nuclear fuel and services contracts and grow its customer base. 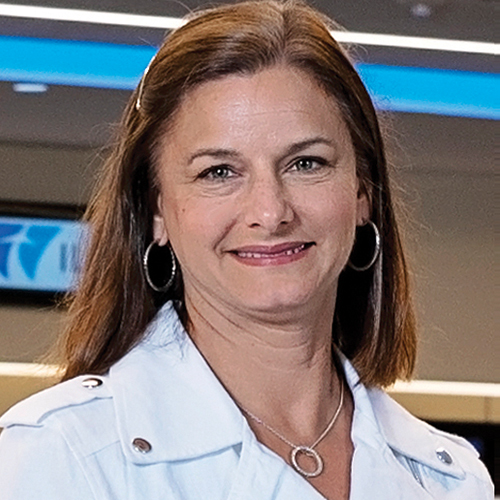 
Julie Wilsey started her role as ILM’s airport director in 2013. Before joining ILM in 1999, Wilsey was an Army Engineer officer. She has an airport executive accreditation with the American Association of Airport Executives and has earned an MBA.

Why she's a power player this year:
Serving the airport for more than two decades, Wilsey has helped ILM recover from a recession and natural disasters, but none could be more unique than the challenge this year navigating the impact of the COVID-19 crisis on the airline industry.

Coming off a record-breaking 1 million passengers in 2019, ILM – like other airports – saw its air service take a hit during the COVID-19 pandemic, and the number of passengers sank in April. Wilsey navigated the tough months at the airport, which is seeing more passengers than in the spring but is still down from previous years.

Wilsey is leading work to restore the airport’s nonstop destinations and overall air service to pre-COVID schedules. She has helped ILM secure a $19.8 million CARES Act grant to help carry the airport through the lull in travel.

ILM also secured a $21 million FAA grant for its $61 million terminal expansion and renovation project this year. Despite the pandemic, ILM has accelerated some work in the project’s third construction contract, expected to be completed in late 2022. The expansion’s second phase wrapped up this year and included new ticket counters.

Read more about the 2020 WilmingtonBiz 100 honorees by clicking here.