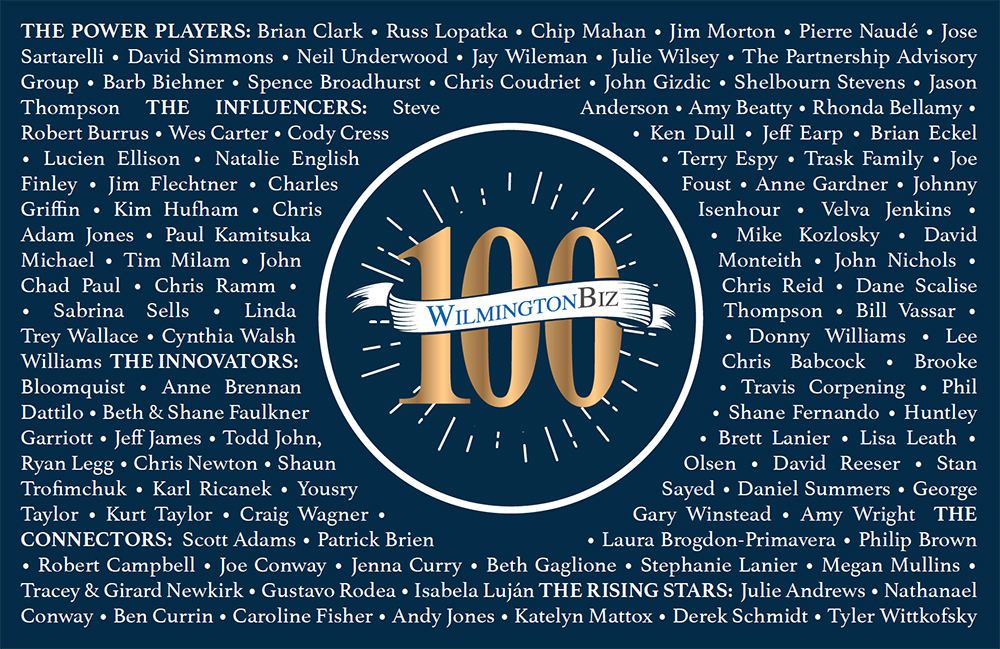 Those included in this year’s group were announced in October, but on the following pages you can read a little more about why they were picked.

Readers sent in names to consider during a nomination process, and the Business Journal’s editorial team selected the WilmingtonBiz 100. We’ll do nominations again next year for the annual issue.

To be considered, individuals had to either work or live in the region. Elected officials and individuals at the primary economic development agencies weren’t considered because of their clear influence on business in our region.