By Staff Reports, posted Mar 13, 2020
Tweet
The Wilmington area remains a popular place for people to live, with retirees still coming and a mix of other demographics discovering the Cape Fear coast. Local housing trends follow the popularity of the region, which has been on the rise for decades, and recent statistics show the sales of homes outpacing last year even in slower months. 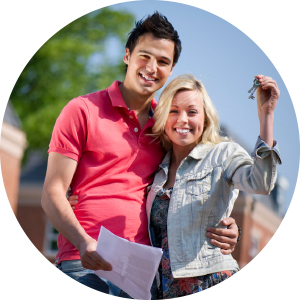 Millennials in the Housing Market

Those born between about 1981 and 1996 have been becoming homebuyers at an increasing rate in recent years, and Realtors are taking notice.

In some cases, said Tony Harrington, president of the Wilmington-based Realtors association, Cape Fear Realtors, millennials have at times been “very reticent to jump into the housing market. There’s still a lot of that generation living at home, but I think they’re starting to see the value of homeownership.”

In a February news release, Lawrence Yun, NAR’s chief economist, said, “The rise in the homeownership rate among the younger adults, under 35, and minority households means an increasing number of Americans can build wealth by owning real estate.” 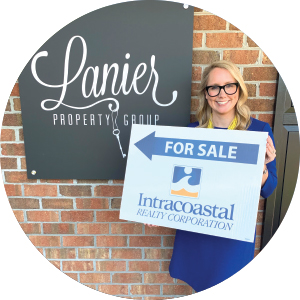 Residential real estate firms in the Wilmington area and beyond continue to grow, with one of the most recent announcements coming in February.

Earlier in February, Realtors announced that Lanier Property  Group, a boutique firm in midtown Wilmington, had merged with Intracoastal Realty. The merger of the independent brokerages was expected to give Lanier group’s agents valuable marketing, technology and training tools. 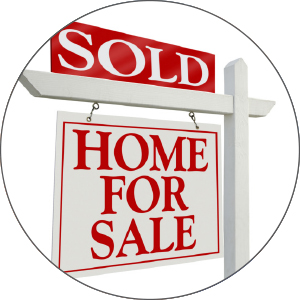 It’s not just the Wilmington area that has a housing inventory shortage.

In the U.S., total housing inventory at the end of January this year totaled 1.42 million units, up 2.2% from December, but down 10.7% from one year ago (1.59 million), according to NAR. Nationally, the housing inventory level for January was the lowest since 1999.

Still, buyers are finding what is available. The number of homes sold rose by 37 percent locally in January compared to the same month in 2019.

“I think we’re going to continue to see an uptick,” said Harrington in February. “As you can imagine, we’re seeing record low inventories as we go across our region. Homes in the $200,000 to $250,000 or under range are really going into multiple offers still. Buyers are having to be really on top of it with their Realtors to be able to obtain a house in that price range.”

In the tri-county region in January, median sale prices continued to increase, up 7.4% over last year to $264,000. 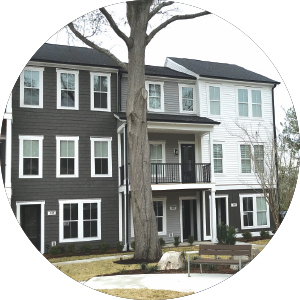 Single-family homes, unattached dwellings with their own land and entrances and exits, dominate the housing sales market. But recently, condos and townhomes are gaining some momentum.

Harrington said the tri-county region saw a 57% increase in the sales of townhouses and condos in January compared to the same month in 2019.

“There’s a lot more opportunity now financing-wise to obtain condos than there has been in the past,” explains Harrington.

Meanwhile, townhouses (which differ from condos in several ways, including that an owner has the structure and the land it sits on) are on the rise in the Wilmington area in terms of plans and construction.

For example, at the end of February in Wilmington’s Echo Farms subdivision, the first units of a new housing development were nearing completion. Woodlands Landing Townhomes include 176 one-, two- and three-bedroom units. Rents range from $1,234 to $2,200. 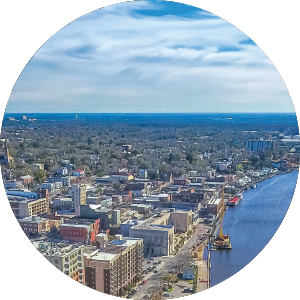 As competition heats up and land becomes more expensive and scarce for homes in New Hanover County, the popularity of areas outside New Hanover, including Hampstead in Pender County, Leland and towns farther south in Brunswick and more neighboring communities, will remain on the rise.

“As home choice continues to be an issue and the rents continue to increase, there will be competition across the region, especially in the first-time buyer market,” Harrington said in a Cape Fear Realtors announcement about his 2020 presidency and the January home sale numbers for the tri-county region. “We continue to see market absorption extending further outside of the three-county region, with inventory dropping to historic lows in Pender, Duplin, Sampson and Scotland counties.”

It’s a trend that extends across the U.S. when it comes to where homebuyers are looking for lower prices and more choices.

“The vast majority of metro areas saw price gains and very small increases in inventory in the final quarter of 2019,” according to a quarterly report released in February by NAR.