Letter From The Editor: Watershed Moments 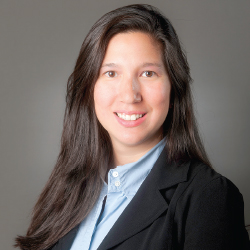 In about three hours we send to this issue off to the printers.

Four or so hours later, the New Hanover County commissioners will take up a resolution about whether to explore a sale – or some other form of management shakeup – of New Hanover Regional Medical Center, the region’s largest employer and a major driver of the local economy.

That’s the reason this issue – with our annual economic development and innovation focus – doesn’t include a feature on arguably the most pressing economic choice facing the region: whether to sell the county-owned health system to an outside player.

It’s an inconvenient time to go to press.

The resolution is expected to pass as a majority of the five county commissioners have already expressed their intentions to see what the market will offer. But you never know in politics.

So instead we’ll have to cover it as it comes (check wilmingtonbiz.com for updates).

There have been other watershed moments in Wilmington’s economic history worth noting.

There was the day in 1955 when officials with the Atlantic Coast Line Railroad said they planned to move their headquarters from Wilmington to Jacksonville, Florida. The wakeup call led to the creation of the Committee of 100, the predecessor to Wilmington Business Development, and helped attract Corning and GE, among others.

There was the Great Recession, when the housing bubble burst reminded us again about the need to diversify the area’s economy.

There was the first day of school for 238 freshmen in 1946 for what would become Wilmington College and then the University of North Carolina Wilmington, which this fall saw a record enrollment of 17,499 students.

There was the moment Frank Capra Jr. saw a photo of Orton Plantation, setting in motion the 1984 movie Firestarter and the eventual film industry build up in Wilmington (later followed by the state legislature’s vote in 2014 to jump out of the film tax incentives fray and to a grant program that limited competitiveness with other states.)

There was June 29, 1990, when the stretch of Interstate 40 to Wilmington opened, bringing a boost in new companies locating to the Port City and logistics connections for the port itself.

There have been big moments and numerous small decisions in between that have shaped Southeastern North Carolina and its economy, and those will continue.

But Sept. 16 likely isn’t one of them. That future watershed date is still to be determined when the county commissioners decide what to do – or not to do – with the future of NHRMC.