OpEd: A Future That Respects The Past 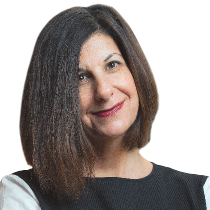 Beth Rutledge
AT ISSUE: Project Grace is the name for the potential redevelopment of a New Hanover County-owned block in downtown Wilmington. The block includes the main branch of the New Hanover County Public Library and the former Register of Deeds building, along with a parking deck and surface parking lots. Proposals for Project Grace envision a block that along with the parking deck includes a modern library, a relocated Cape Fear Museum, housing and commercial space. But while progress was made last year toward making Project Grace a reality, some are concerned about losing the library and former Register of Deeds buildings and the potential expense.

For 53 years, Historic Wilmington Foundation (HWF) has been preserving and protecting irreplaceable historic resources. We’re delighted by the increased interest in our unique community, but we all must ensure that growth-based construction does not cause our city to lose its historic character.

Our 1966 Articles of Incorporation address historical and architectural interest, aiming “to preserve neighborhood design in mass and structure.”

Why? Because historic preservation plays an invaluable role in our economy, culture, community, environment and, ultimately, quality of life.

We do not advocate (nor have we ever advocated) only for the pretty buildings.

Neither are we anti- development. HWF has never opposed building on the Project Grace parcel, and we honor Compatible New Construction projects annually at our Preservation Awards.

New shouldn’t have to replace old. It is not one or the other.

Further, from the standpoint of financial viability, your readers should be made aware that heritage tourism is a major local economic driver.

Unlike many structures that come to HWF’s attention, the library isn’t crumbling or abandoned. Built in 1951 as a Belk’s, this brick structure has weathered several hurricanes, and thrives as an example of the National Trust’s Reurbanism initiative. (Reurbanism means that adaptive reuse should be the default, demolition a last resort.)

HWF has heard claims of the library’s “wasted” space and damp basement. But along with the Bellamy, HWF stores some archival files in a library basement we know to be dry. As for underutilized space, wouldn’t an interior redesign be simpler and more responsible than demolishing and building anew? It makes no sense to tear down a viable structure before exploring and exhausting other options.

And as to claims the building is historically insignificant?

The State Historic Preservation Office (SHPO) wrote that the library building had been too altered to be eligible for the National Register’s Study List. However, in that same letter, SHPO wrote “… the Belk-Beery Department Store building is indeed historic and a significant element in Wilmington’s downtown landscape … our office does not encourage further demolition or destruction of historic aspects of the building.”

The Borst building is a contributing structure. This former Chrysler showroom is one of the last Second Street buildings that comprised the former Automobile Row. It maintains much of its 1926 architectural integrity. It’s a physical reminder of our transportation history, and is one of just two old buildings remaining on that block. The city is required to approve its demolition for Project Grace to happen.

Although Project Grace is complex, HWF’s stance is simple. Keep reusing buildings. Thoughtfully combine new construction with the old buildings comprising our historic downtown, lest its character and charm be lost forever.

Beth Rutledge is executive director of the Historic Wilmington Foundation.