5 Trends To Watch In Health Care

By Vicky Janowski, posted Jun 14, 2019
Tweet
The health care landscape is rarely static, and this year is no different.
From changing models of payment to potential legislative overhauls, health care could see the impacts.
Here are just a few of the issues providers, payers and patients are keeping an eye on. 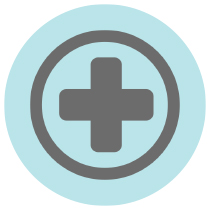 So far this legislative session lawmakers have not moved on the issue of expanding Medicaid in North Carolina.

Gov. Roy Cooper has pushed for the state to join dozens of others that already have done so.

For states participating, the federal government plans to cover 90% of most states’ costs for 2020 on.

Thirty-six states have adopted Medicaid expansion, according to the Kaiser Family Foundation.

Critics warn about signing up for change without knowing what could happen with future federal funding. 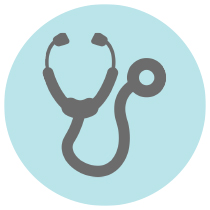 
Medical practices set up on membership or concierge models continue to be a primary care trend.

With them, patients pay a membership fee for primary care services for what providers pitch as access to more personal attention and more predictable budgeting costs.

In direct primary care, the providers do not contract with third-party payers for insurance, instead using monthly patient fees to provide a slate of services. 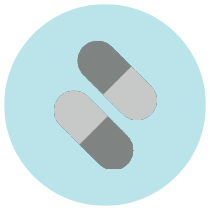 
There should be movement this year on the national opioid lawsuit that includes local complaints from New Hanover and Brunswick counties as well as the city of Wilmington.

New Hanover County in late 2017 filed its suit against several drug manufacturers and distributors for what county officials claim is the companies’ roles in the opioid crisis.

“According to the N.C. Department of Health and Human Services, from 1999 to 2016 more than 12,000 North Carolinians died from opioid-related overdoses. New Hanover County has been one of the hardest hit areas in the state,” county officials said at the time of the filing.

A wave of similar lawsuits from flooded in about the same time. There were so many that the suits were bundled together and transferred to U.S. District Court for the Northern District of Ohio.

U.S. District Judge Dan Polster is overseeing the multidistrict litigation, which includes claims from more than 1,500 state and local governments and tribal councils.

A settlement is still possible, but the initial trial is scheduled for October, starting with the claims of two counties in Ohio. 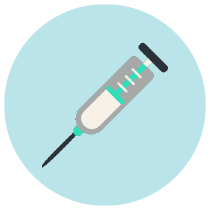 
With the largest measles outbreak in the U.S. in 25 years, health providers will continue to promote the need for keeping up-to-date on vaccinations.

This year through May 17, there have been 880 measles cases reported nationwide, according to the U.S. Centers for Disease Control and Prevention. The viral disease, which was declared eliminated in the U.S. in 2000, has now reappeared in 25 states though not yet in North Carolina.

Last year, the state saw three reported cases of measles. In one case an unvaccinated person got sick after returning from a trip overseas, and the respiratory disease spread to other members of that household, according to state public health officials.

“Measles is a highly contagious, potentially life-threatening infection that is preventable using vaccination,” said David Priest, Novant Health’s chief safety and quality officer. “We recommend reviewing your immunization history and talking to your doctor about whether you need additional vaccination.” 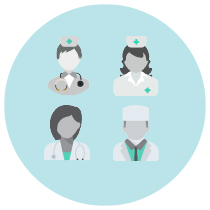 
Groups that run Accountable Care Organizations are facing major changes to the program this summer as federal officials look to save Medicare money.

These ACOs, under the Medicare Shared Savings Program that launched in 2012, provide coordinated care for participating Medicare beneficiaries.

In the past, Wilmington Health’s ACO has ranked second nationally in overall quality and fifth in overall cost containment.

“The ACO for 2018 should again be at the top,” Wilmington Health CEO Jeff James said about the next report. “The hospital’s ACO in quality (measures) has come up dramatically. To have a couple of the top-preforming (in) quality ACOs in the country in the same community is, I think, a testament to the quality of the physicians in the community.”