Wilmington Restaurant Gets Eggs-actly What It Needs 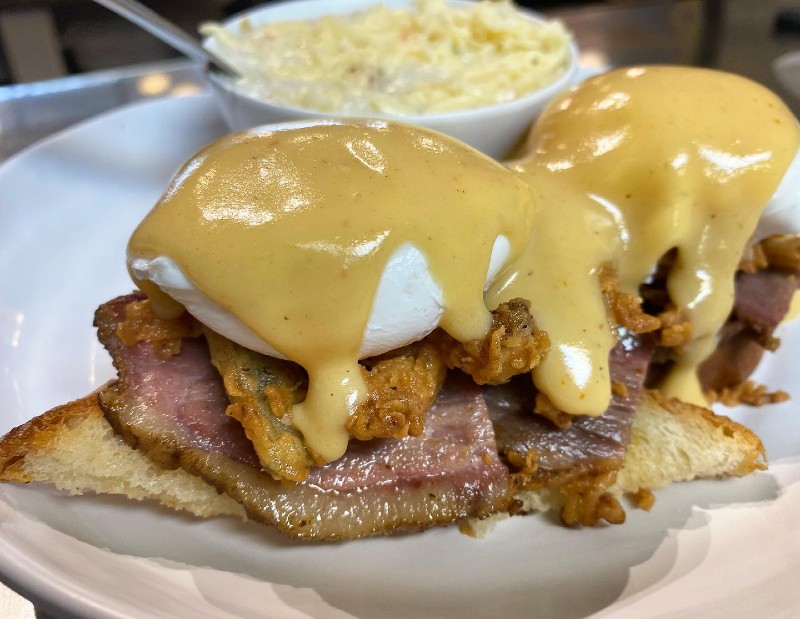 Not only does owner Michael Pellegrino encourage and model a positive attitude for his staff, but that cheery outlook has just been rewarded.

The Wilmington breakfast and lunch restaurant is the winner of a $1,000 award from the N.C. Egg Association, the result of an eight-week contest this summer in which state residents nominated their favorite restaurant that serves eggs.

The egg farmers’ association gathered votes from the coastal, Piedmont and mountain regions of the state; there was one winner from each region.

A recognition that the past 18 months have been very difficult for restaurants, the prize “is intended to help them rebuild, make updates, and/or support employees during the ongoing pandemic,” according to a news release from the association.

“With almost 400 nominations, it is clear that consumers are eager to support local restaurants in their communities after a challenging past year,” the release continued. “And our egg farmers are proud to give back to independent, family-owned restaurants across the state.”

Pellegrino, who opened Eternal Sunshine Cafe in January 2013, said it was “definitely nice to get the accolade,” and that he plans to use the money to do something fun for his staff.

“We will close an hour early one day, probably in October, and I am taking the whole team down to Myrtle Beach to Top Golf for a little pat on the back and some team bonding like sports teams do,” he said. “I’m big on morale and chemistry, so we’re picky about whom we hire and keep.”

In addition to riffing on Eggs Benedict basics, Eternal Sunshine Cafe's menu features a variety of breakfast and brunch dishes. It offers a mimosa menu as well.

A focus on good chemistry, as well as good cooking, has helped the restaurant survive the downturn, Pellegrino said.

Only five months after opening a second location in Leland, however, Eternal Sunshine Cafe was forced to close it last January because Pellegrino couldn’t find enough staff to operate both restaurants.

He consolidated all the employees to the 420 Eastwood Road location and added more tables there.

“We’re still short-staffed but we’ve been able to adapt,” he said. “I am cooking on the line every day. We’ve got a young team and this experience has taught us a lot.”