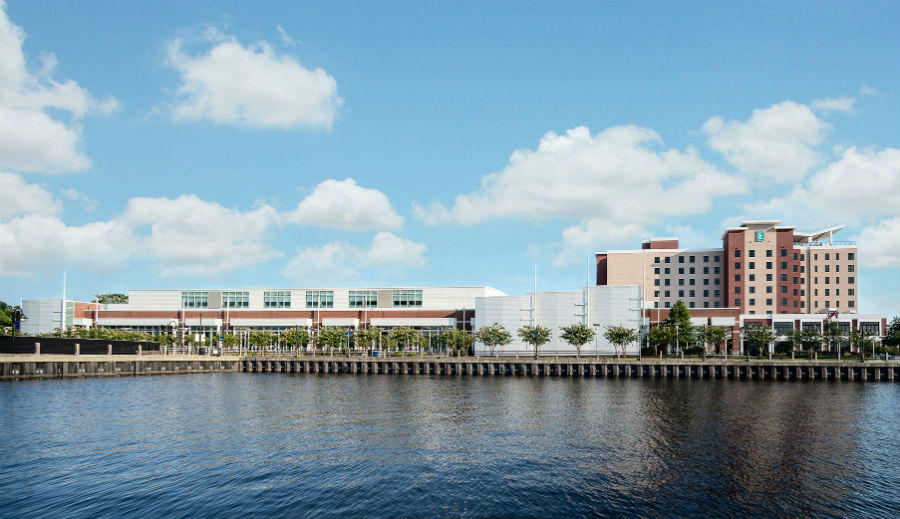 The convention center team is ramping up for the start of the new fiscal year, which will take place July 1, said Fredia Brady, general manager of the Wilmington Convention Center, during an advisory committee meeting this week.

The next fiscal year is expected to bring in more business for the convention center, as the impetus to host events returns and more bookings for conventions and events take place.

Before the start of the next fiscal year, the state is expected to lift some restrictions previously in place to stop the spread of COVID-19.

On Wednesday, Gov. Roy Cooper announced that the state will no longer require wearing masks outdoors and is easing restrictions again on mass gatherings – increasing capacity limits to 100 people indoors and 200 people outdoors – come April 30. He also issued an executive order outlining safety restrictions for the month of May.

"We are excited to hear about June 1, if the restrictions [lifting] are about social distancing, because that is the biggest thing that is a challenge for our clients with their particular group attendance," Brady said Wednesday, adding that it would be easier to accommodate groups' needs.

The convention center, however, already has been hosting a variety of events this year, including sporting events, meetings and banquets, while adhering to capacity limits and restrictions throughout the pandemic. And the convention center is now preparing for even more business to return, Brady said.

Brady said overall for the next fiscal year, the convention center has about 12 conventions contracted and three pending. Compared to years prior to the pandemic, the facility is now on pace with its conventions, she said.

There are also 14 military balls booked in the month of November, with more to come in December.

The Wilmington and Beaches Convention and Visitors Bureau (CVB), along with Brady, has been working on strategies to bring in even more meetings and events and show that the Port City is a safe community in which to host events, said Kim Hufham, president and CEO of the New Hanover County Tourism Development Authority, in an early March annual report to the city on the Convention Center District.

“The CVB has developed a one-pager of what meeting planners can expect when they’re booking meetings here or hosting future events that address frequently asked questions related to COVID-19. So there are some of the measures that we have taken,” Hufham said.

While some of the area’s beach communities have held their own during the pandemic, Wilmington and the convention district have experienced double-digit losses in room occupancy tax collections, she said.

"We actually had canceled business after COVID starting March 1 of 2020 that was booked definite and then canceled; we had actually 74 meetings that were an economic impact of over $41 million," Hufham said in March.

And while overall convention center business is picking up, corporate events have been slow to return, and nonprofit banquets have also lagged, Brady said.

"August is looking strong. September is starting to book up with events. October, the [Wilmington] Boat Show is getting ready to sign their contract. We have several repeat conventions; we have NC Realtors in the month of October, and that's about 1,000 attendees," Brady said of the upcoming business.

The Wilmington Boat Show is also looking into booking in 2022, she said.

"The business is there and so we are excited to get to July 1," Brady said, "and get back to the revenues and the economic impact that this convention center makes."