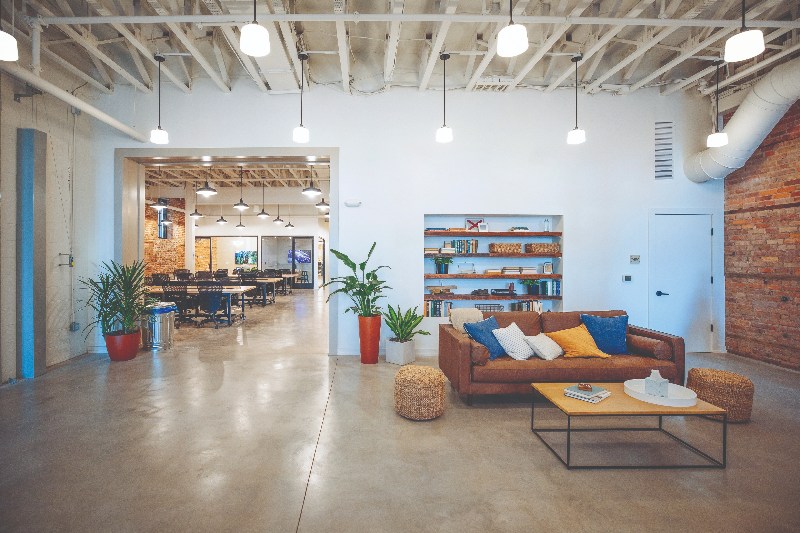 The New York-based provider of office and coworking spaces announced in a press release Tuesday it will acquire Common Desk, including its management portfolio of 23 locations in 13 cities in Texas and North Carolina.

Officials did not disclose the terms of the deal.

The local Common Desk facility opened in January of last year at 226 N. Front St., after an extensive renovation of the Gaylord Building into three floors of flexible coworking, office and event space. Development firm East West Partners bought the building for $975,000 in 2018 and still owns it.

A WeWork spokesperson said in an email that local operations will remain the same.

According to the press release, 19 out of 23 Common Desk locations operate under management agreements, a partnership between a landlord and the coworking space operator where both share the revenue generated from the space, reducing risks.

Jenna Bailey, content marketing manager with Common Desk, said in an email that the Wilmington facility operates under such agreement.

“Over the past decade, Common Desk has achieved disciplined growth through strategic management agreements with landlords that have enabled the company to perform at strong margins by minimizing capital expenditures,” the release stated.

For publicly traded WeWork (NYSE: We), this purchase aligns with the company’s goal towards cost-efficient, strategic growth.

Over the past few years, WeWork has grabbed many headlines both for being a major player in the emerging co-working industry and for investor concerns over its business model leading to a failed initial public offering. Its co-founder, chairman and CEO Adam Neumann resigned in 2019.

According to WeWork’s third-quarter 2021 results ending Sept. 30, 2021, the company’s global real estate portfolio consisted of 764 locations across 38 countries, including about 932,000 workstations and 546,000 physical memberships.

“With an eye towards partners most aligned with our priorities, Common Desk presented itself as a sophisticated operator with a compelling approach to providing a top-notch member experience without sacrificing strong margins or an exceptional product,” Sandeep Mathrani, CEO at WeWork, said in the release. “On the heels of a strong year for our business, Common Desk’s operational expertise and portfolio of first-class space will further bolster our value proposition as we focus on strategic growth.”

This acquisition is expected to close in March after which Common Desk will operate as “Common Desk, a WeWork Company.”