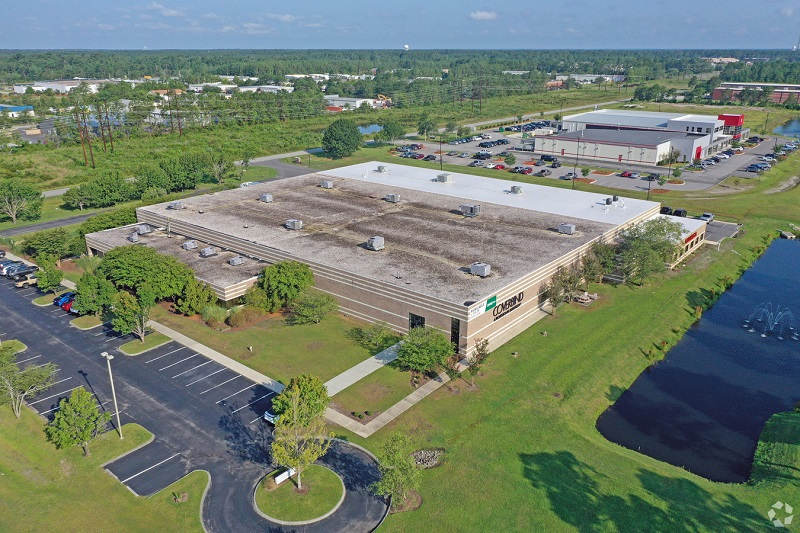 More than 22,400 square feet is being offered for sublease at 3200 Corporate Drive in the Northchase Industrial Park, according to Hansen Matthews, partner with Maus, Warwick, Matthews & Co. The space is part of a larger building at that location.

"The space is being offered for sublease through the end of 2022, and the building owner is amenable to accommodating a longer term," Matthews said.

Coverbind, a document binding company that holds the current lease on the property, has moved its operation. The firm's parent company, Spiral Binding LLC, announced the move in a letter from the company's vice president, which said that the manufacturing plant in Wilmington was closing in April.

The business moved to Spiral Binding's New Jersey plant, according to the letter. Officials with Spiral Binding and Coverbind did not return calls for comment.

But according to Matthews, and the owner of the building, Peter Martin, Coverbind still has a few employees left in offices at the Wilmington location.

The production and warehouse space, Matthews said, has been vacated.

There are two other tenants within the nearly 64,000-square-foot building.

“This space will work very well for either distribution or production or a conversion of the space into straight office. There is plenty of parking there. And the building has windows along the eastern side," Matthews said of the portion of the building that is currently up for sublease.

“It has a lot of visibility. It has good street appeal from Interstate 40, and there is a good possibility that an office tenant may take up the space," Matthews added.

Martin, the property owner and an architect, said he has been looking into repositioning and repurposing the former manufacturing space for the market, to draw more industry that would be a benefit to the economy of the region.

"The economy has changed ... there's more of a reliance on technological and more advanced services than what we might have had 20 years ago," Martin said. “So, in my mind, those are all very good things for the community and we need to reposition ourselves to respond to those present and future needs.”

Martin said he hopes a new tenant in the space will bring in more jobs.

While the Coverbind jobs are being lost, "there's going to be new and smarter jobs that are going to take their place," Martin said. "At least that's what we're trying to target. We're trying to elevate the property and the type of work that goes on within the facility."

Martin aims to make changes at the facility that could accommodate a firm's office needs or draw firms with a more technology-oriented focus.

Those changes could include changing the lighting, HVAC or flooring or adding restrooms, break rooms and other amenities that would make the space "reflective of the demands that the younger technologically [driven] people have in the market place."

"Those are specific architectural improvements that I would love to do and invest those dollars necessary to upgrade so that a higher-performing type clientele would be accommodated," Martin said. "The quality has to go up a bit."