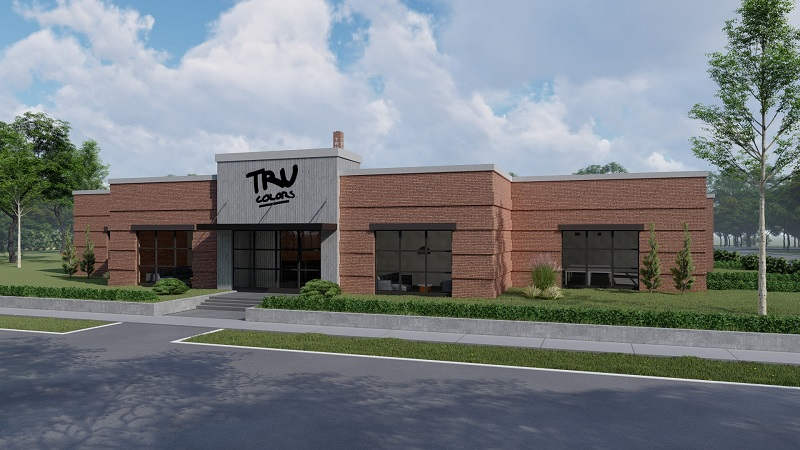 Tru Colors plans to turn the former Century Mills property into a headquarters facility with a brewery. (File rendering)
TRU Colors, a for-profit group that employs Wilmington gang members, has submitted site plans for its headquarters building to the city of Wilmington.

The facility is expected to include a brewery, a restaurant and office space. The site plans are scheduled to be reviewed by the city's Technical Review Committee on Oct. 31, according to Wilmington's project tracking website.

The site plans show the brewery will be inside the existing one-story building on the site, with the addition of a 6,000-square-foot restaurant and covered outdoor seating. Another addition of an outdoor concrete area would hold fermentation tanks, according to the plans.

Tom Voutsos, president of TRU Colors, has said the first phase of the TRU Colors headquarters project will include the office and brewery space. The initial phase is expected to later include classroom space, a daycare, gym, recording studio and reception area.

The project's second phase would include the restaurant.

The TRU Colors concept was first announced by CEO George Taylor in 2017, with the aim of hiring gang members as a way to combat gang-related violence.

Of the site for the project, Voutsos previously said, "We really want to be part of the fabric of the community that we are going to work in because at the end of the day our social mission is based on decreasing violence in these communities. So being close to these communities is really important to us."