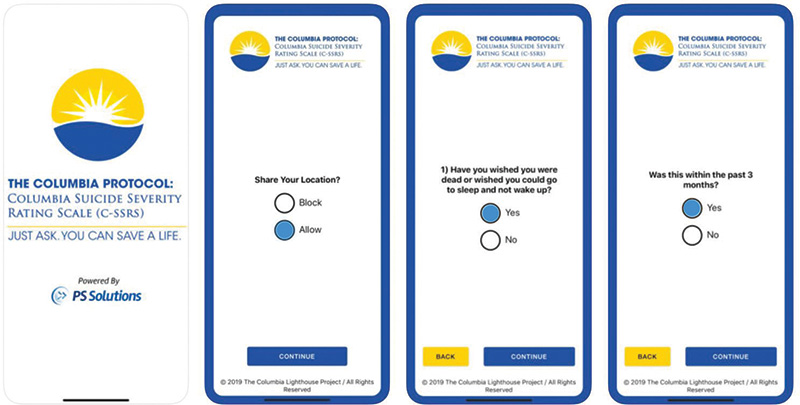 When the software development company opened in Wilmington in 2018, it had one worker and was housed at the University of North Carolina Wilmington’s Center for Innovation and Entrepreneurship. Now, it occupies office space at 2109 Capital Drive with five employees.

“I want to get that initially to 15,” Hippo said about his employee number. “I think we’re going to hit that, but ultimately, I’m not going to be happy until it’s 50. And probably by the time we’re 50, we’ll be looking at another number.”

PS Solutions was founded by managing partners Hippo and Joe Merilli in 2009 in Altoona, Pennsylvania, a city about 100 miles east of Pittsburgh. At first, the company focused on staffing software developers but then expanded to provide outsourced software development for companies.

After starting in Altoona, the company expanded to Pittsburgh. Currently, PS Solutions has 35 employees at its Pennsylvania and Wilmington locations.

“We wanted to be in the Carolinas somewhere,” Hippo said. “We considered three or four other cities, but we were just really impressed by the growth in Wilmington and the opportunities that we saw here.”

PS Solution works with all sorts of companies, not just tech-related ones.

“We’re under a lot of NDAs about who we work with, but I can say that our industries are so varied,” he said. “We have companies that do oil cleanups. When people think of technology, you think of the obvious tech companies, but the need in our client base extends well beyond that.”

Other companies include gas stations, restaurant chains and convenience stores.

While most of the software development at PS Solutions is done for other companies, the firm recently started to develop its own products, including Chute Festival and a Columbia Protocol app.

Chute Festival is a cloud-based event management system for fairs, festivals or events that focuses on vendor management.

“What we found working with some clients is there really isn’t a product that addresses the small to mid-size events,” Hippo said. “Those events tend to be managed largely by volunteers. And while that’s fantastic, volunteers come and go and sometimes when they go, they take an awful lot of the knowledge base.”

“I think that there is a huge market share and there’s a lot of value we could bring to these volunteers,” Hughes said. “We make it easier for them to manage, communicate and get paid by their vendors and just stay organized. Right now, they’re not really using technology, if they are, it’s an Excel spreadsheet or paper files. Bringing it onto the cloud where it’s very easy and intuitive just brings a lot of value.”

The company also developed the Columbia Protocol app after being approached by the Blair County Department of Social Services in Pennsylvania.

The Columbia Protocol is a series of questions developed by Columbia University to help determine when someone is at risk for suicide and ways to help.

Counties can have the app software written to their own parameters so when someone uses it, they can get county-specific hotlines.

Because not all businesses can afford to have software developers full time, PS Solution focuses on providing services for local companies preventing them from outsourcing their software development.

Most of the Wilmington office’s clients are local, Hippo said.

“The type of software development that you would associate with being shipped off somewhere, we say, ‘don’t ship it overseas; ship it right here and our in-house team will do that on a project basis,’” Hippo said.

PS Solutions hires software developers who are contracted with other companies but still receive full benefits, he said.

To develop an interest in software engineering among more girls, PS Solutions started the PS Solutions Foundation in 2012.

Only about 25% of computer scientists in the U.S. are women, according to a 2016 science and engineering report by the National Science Board.

“When we’re talking about problems in technology, the big one faced by the United States is we don’t have enough people,” Hippo said.

Through a partnership with Cucalorus Festival, PS Solutions hosted a children’s coding workshop at Snipes Academy of Arts and Design, Wrightsboro Elementary and GLOW Academy in November.

With the firm’s recent expansion to Wilmington, officials plan to grow its footprint in the Cape Fear region by hiring additional sales personnel, expanding to larger office space and eventually establishing a development center.

“We’ve never been afraid to take on a new challenge,” Hippo said. “Next stop will probably be a much larger development center in Wilmington and with that success, probably a sister center somewhere nearby, and then it’s onto the next opportunity.”