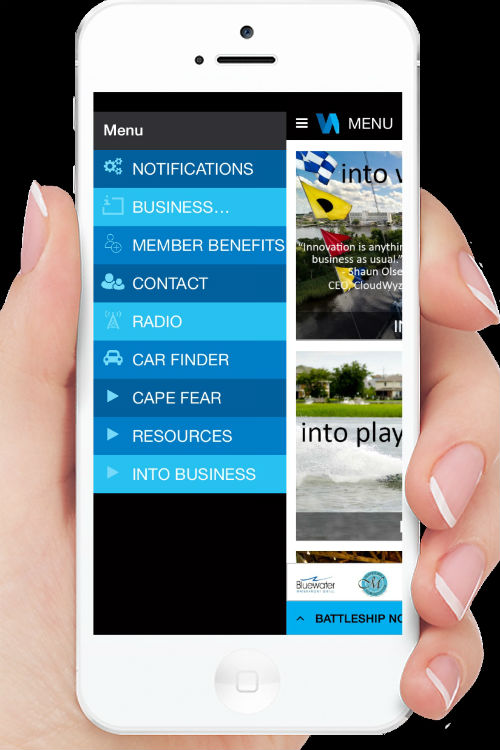 The City of Wilmington, Wilmington Chamber of Commerce and Wilmington and Beaches Convention and Visitors Bureau (CVB) are partnering with Appycity, an app development company, on the project.

The city’s “digital dome,” the release said, “will link mobile apps that are being custom-designed for the Wilmington Chamber, The CVB and the City of Wilmington – as well as many of the area’s businesses and organizations,” using a new app platform called the Jericho System.

The Jericho System received approval from Apple in July, and Wilmington is the first city where officials have used the application software to control specific apps.

The chamber app is currently available for download, and the CVB app will be available in the market in two weeks, with the city’s app to follow in the coming weeks, according to the release.

“The Chamber, CVB and City have all been approached by numerous companies wishing to develop apps for our respective organizations,” said Connie Majure-Rhett, president and CEO of the Wilmington Chamber of Commerce, in the release. “But the Appycity proposal included something above and beyond the rest: being connected in one network, thus allowing us to partner, not compete, and providing us with an even more powerful mobile tool to showcase our region and businesses in real time.”

The apps will be available for Apple and Android devices, and chamber members and CVB partners will receive a free, basic business listing on their organization’s app.

A “full access” listing, the release said, can be purchased on an annual subscription basis and allows businesses to post deals and events, add a detailed business description and have unlimited pages among other features, according to the release.

“The benefits of this partnership and the new marketing tools it provides are numerous, including giving visitors and residents a one-stop experience to learn about the area and find the services they need,” Kim Hufham, CVB president and CEO, said in the news release. “We look forward to adding it to our marketing efforts, as well as connecting it to our newly responsive website.”

In the city’s case, the app can help get important notifications out to people quickly.

“In addition to disseminating information about city services, the app will enhance safety and security by enabling us to do ‘push’ alerts to anyone who has downloaded the app and elected to receive them,” city spokeswoman Malissa Talbert, said in the release.

Appycity has worked on local projects before, including developing apps for the N.C. Azalea Festival, Southport and Bald Head Island.

Representatives of the media, businesses and organizations will have the opportunity to be introduced to the new app network and learn how to become a part of the new system at noon Oct. 9 at the Wilmington Chamber of Commerce, One Estell Lee Place.

Representatives from Appycity will lead demonstrations and answer questions, the release said. Lunch will also be served.