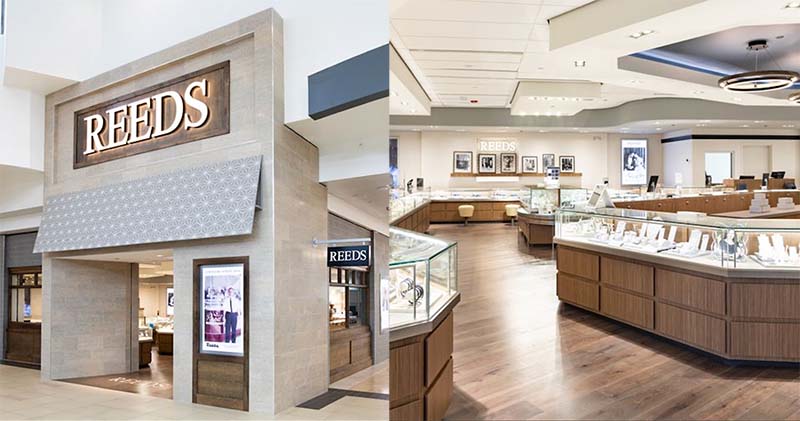 During the renovation, the retailer moved into an adjacent shop and increased its overall space by about a third, store manager Robert Claybrook estimates.

“We have more diamonds than we've ever had,” he said. “It’s a beautiful store.”

The revamped store had a soft opening a few weeks ago and is planning a grand reopening on Nov. 11 and 12.

Throughout the nearly five-month renovation period, REEDS operated at a temporary location in the mall, a former Foot Locker. Though store employees were able to hit their sales targets in the interim, “It was dark but we made it work,” he said. “Diamonds just show better in light.”

The renovated space, located near the main mall entrance, includes new brands and more merchandise than before. A full-service operation, REEDS will continue to offer custom designs, but the renovated location gives a jeweler more room to work on-site.

REEDS opened its first store on Front Street in downtown Wilmington in 1946. The brand has expanded to 61 stores in 13 states, according to a news release.

"My family and I are so proud to have served the Wilmington area for over 76 years, and this beautiful new store will only deepen our ties with our wonderful community,” Alan Zimmer, REEDS president and CEO, said in a release.

The jeweler was among Independence Mall’s original tenants when it first opened in 1979.