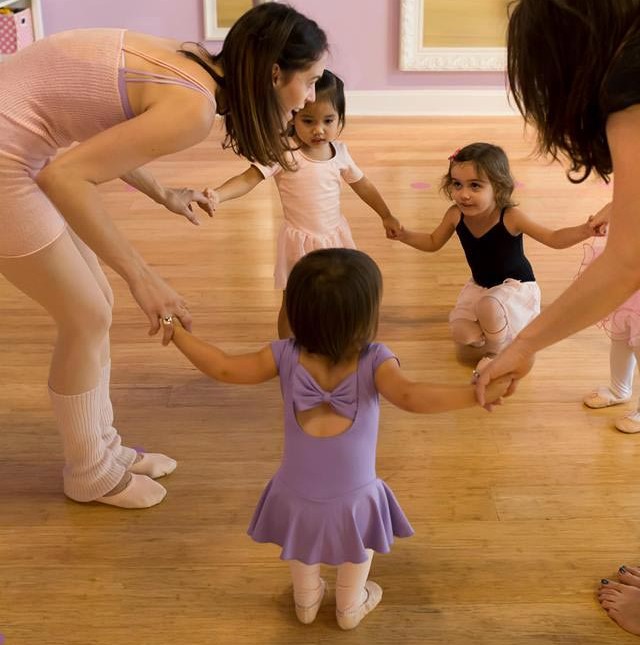 Lara O'Brien said she considered other shopping centers as locations for her ballet school, but a space at Mayfaire Town Center danced into her heart.

Tutu School, a franchise that caters to children ages 18 months to 8 years, opened at 925 Town Center Drive in September. A downtown location of Tutu School that had a separate owner closed in January last year.

"I loved the idea of being able to bring this particular business and this particular way of imparting the art form for little kids back to Wilmington," said O'Brien, who danced professionally for 20 years after 10 years of training.

Classes at Tutu School are small, capped at 10 students, and O'Brien has worked to create a cozy, age-appropriate atmosphere in the 1,500-square-foot storefront.

O'Brien, who was a principal dancer with Raleigh-based Carolina Ballet before retiring from performing a couple of years ago, owns two other Tutu School locations – one in Raleigh and the other in Cary. She said she likes the fact that Tutu School lays a dance foundation and sets up good habits while also providing "a balance of creative movement and storytelling and that opportunity to nurture their imaginations and their love of ballet."

Among other changes at Mayfaire Town Center are a reorganization underway at Barnes & Noble, a continued presence for Lululemon in the shopping center and seasonal announcements.

Of Lululemon's pop-up store at 6863 Main St., Mayfaire spokeswoman Paige Coniglio said in an email, "They have signed another lease for 1 year."

The popular seller of high-end athletic gear for running, training, yoga and more opened the pop-up in September last year.

The Barnes & Noble book store at 850 Inspiration Drive displays signs that say, "Please pardon our appearance while we make exciting updates to our store for you" and "Paper Source Coming Soon!"

She said Santa Claus will be at Mayfaire Town Center from Dec 1-24 and the center is hosting a Christmas tree lot to benefit Cape Fear Optimist Club at 981 Town Center Drive, behind Belk. The lot is expected to open the week before Thanksgiving.

Also in the works at the center is a location of Fuel Fitness, taking over the former O2 Fitness building behind Belk.