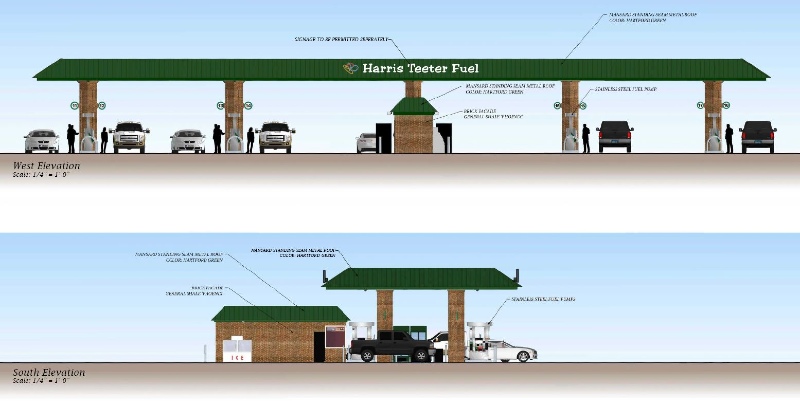 Harris Teeter is planning a gas station at Mayfaire Community Center, according to project documents submitted to the city of Wilmington.

Plans show the gas station would be built at 1128 Military Cutoff Road, the former site of On The Border Mexican Grill & Cantina, which has been closed for several months.

The other gas station is a BP at 1301 Military Cutoff Road. Another nearby station is a Circle K on Eastwood Road.

As of July, Harris Teeter, the Matthews-headquartered company, which is a wholly-owned subsidiary of The Kroger Co., operated more than 60 fuel centers in North Carolina, Delaware, Florida, Maryland, South Carolina and Virginia, according to a press release.

Wilmington is currently home to two Harris Teeter Fuel Centers, including one at Oak Landing Shopping Center on Porters Neck Road and another at Beau Rivage Marketplace on Carolina Beach Road. There is also a station in Leland and another in Hampstead.

For its gas stations, the store has a Fuel Points program, where shoppers earn points when they purchase items at stores using their VIC card. Points result in discounts per gallon at Harris Teeter Fuel Centers and participating BP and Amoco stations.

Efforts to reach a Harris Teeter representative for more information about the new fuel station were not successful as of Friday afternoon.